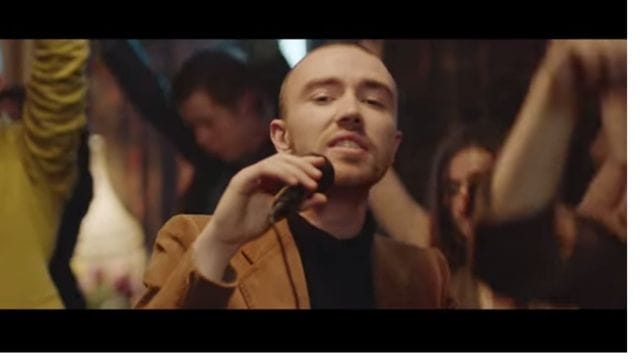 What is as the “World Caves in”? Viral On Tiktok 2022 Meaning Explored!

As The World Caves In, a love song by Matt Maltese is now trending on TikTok, and youll be startled to learn what its truly about.

Every day, new tunes on TikTok become viral. Sometimes its a hit song from the charts, the theme song from a hit TV show, or even a line from a well-known film.

On TikTok, there are many noises, and one of them is As The World Caves In, which is becoming popular due to its peculiar meaning.

What Does “as the World Caves in” Mean?

Youve probably heard the tune While The World Caves In as youve been scrolling through your TikTok For You Page.

The Reading, England, native, now 23, supported The Maccabees when he was only 19 years old and had already published his first EP.

The Real Subject of the Song is As follows

The song As The World Caves In by Matt Maltese has a really humorous message, which is why its now trending on TikTok.

A hypothetical post-apocalyptic romance between former US President Donald Trump and former UK Prime Minister Teresa May is the subject of the song.

Its a love ballad about Theresa May and Donald Trump spending their last romantic evening together while they start an atomic war. I hope it comes across as sensual, menacing, and dumb, too, Matt told The Fader.

In the song, Teresa May and Donald Trump are spending their last minutes together before they each unleash a nuclear weapon on the planet.

It was written in 2016, the year Teresa May won the vote to renew the UKs Trident nuclear weapon, to provide some background.

I like writing about love, so the thought of this somewhat made me laugh. Instead of simply creating the song about myself and a female, I was able to really sweeten it and make it as absurd as I wanted it to be in the context of such a crazy pairing, he said in Interview Magazine.

The song also makes reference to the desperation felt by both Americans and Britons when Trump was elected president and the outcome of the Brexit vote was made public.

The Lyrics Will Get You Laughing

Youve definitely heard the music on TikTok, but have you ever read the lyrics in full? Youre in for a treat…

My feet are aching
And your back is pretty tired
And weve drunk a couple bottles, babe
And set our grief aside
The Papers say its doomsday
The button has been pressed
Were gonna nuke each other up boys
Til old Satan stands impressed

And here it is, our final night alive
And as the earth runs to the ground
Oh girl its you that I lie with
As the atom bomb locks in
Oh its you I watch TV with
As the world, as the world caves in

You put your finest suit on

I paint my fingernails
Oh were going out in style babe
And everythings on sale
We creep up on extinction
I pull your arms right in
I weep and say, goodnight love
While my organs pack it in

And here it is, our final night alive

Credits: Lyrics As the World Collapses:-

Song: As the World Caves In

What is Chatiw How to Use This App and is It Safe?