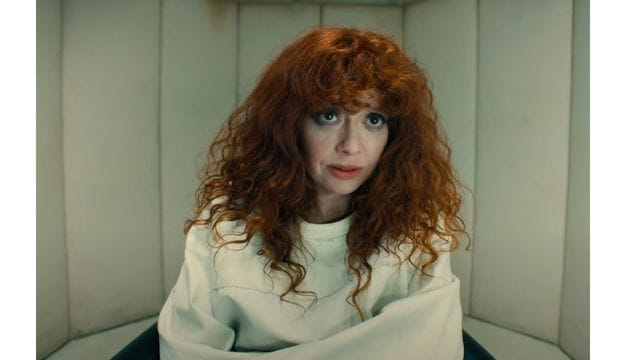 A Happy Birthday to You, Little One! Fans of Natasha Lyonnes (the shows star, writer, director, and co-creator) surreal, funny, everything-at-once series Russian Doll on Netflix finally received another mind-bending event focused on Nadia Vulvokovs (Vulvokov) birthday after more than three years of waiting. In Season 1, our cynical but ultimately content protagonist was caught in an endless loop; in Season 2, she was trapped on a subway train that travels through time in both directions, and messing with it may lead to the end of the world. While it would seem impossible to up the stakes while living the same day in perpetuity, Season 2 of Russian Doll did just that.

So, What Would Happen in Russian Doll Season 3?

Once again, we have zero information. Perhaps Lyonne, Leslye Headland, and Amy Poehler, the shows creators, arent sure either.

Still, we can make some good guesses based on recurring themes in the first two seasons. We all know that in the first season, Nadia and Alan were both caught in Time Loops reminiscent of Groundhog Day. So, in the second season, they did a Back to the Future on an MTA 6 Train. Season 3 might thus revolve on a fresh set of story beats. What, however, would it be?

Perhaps Nadia and Alan will pull a Terminator and go to the future to deliver a crucial message (or to test the quality of the medicines on offer). Perhaps they follow the example of Back to the Future III and end up in the Old West. Perhaps theyll take a cue from the current trend and explore the Multiverse in more depth than they did in Season 1. (between Doctor Strange and Everything Everywhere All At Once, this is having a moment).

If Russian Doll were to return for a third season, whatever sci-fi gimmick may end up at the shows heart wouldnt matter as much as the people themselves. While the shows first two seasons have provided us with some entertaining plot twists, what has kept us invested is our compassion for Nadia and Alan as we see them learn and change in the face of incredible adversity. 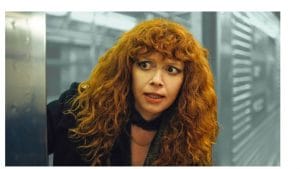 When Will Season 3 of “Russian Doll” Be Available?

Since season 3 of Russian Doll has not been ordered by the network, there is no way to know when it could become available on Netflix. We may have to wait until April 2022 (when season 2 is scheduled to start) to see Nadia and Alan again after the first season debuted in February 2019.

In Other Words, Who Would Play the Lead Roles?

The character of Nadia is integral to the success of Russian Doll, thus Natasha Lyonne (who co-created, writes, and sometimes directs the programme) will definitely return. Alan is the yin to Nadias yang, thus Charlie Barnett will also be returning. They should also bring back Maxine (Greta Lee) and Lizzy (Rebecca Henderson) in some form, since they are quite important to the show.

Beyond that, however, its difficult to say. Both Elizabeth Ashley and Annie Murphy did great work as Ruth, but the character died at the conclusion of Season 2, so its possible that we wont see her again until Russian Doll does some time travel. Chlo Sevigny, who played Nadias late mother in Season 2, might return in flashbacks. Even though it seems unlikely that Chez will return after the events of Season 2, the actor Sharlto Copley is such a delight to watch that we feel compelled to highlight him in the hopes that he may appear in future episodes.

Lyonne has mentioned a possible third season briefly, telling Variety: An concept for season three seems to be brewing. And if it turned out to be one of those programmes where viewers were like No, wait a second! five years later, that would be great too. If this works out, we may have another episode or two to work with. Having it for Russian Doll would be fantastic. Oh, hold on, I believe weve hit on our movies original concept. Twenty years have passed since then. If Im honest, I dont believe Ill ever finish watching this series. Appetite and reception play significant roles.