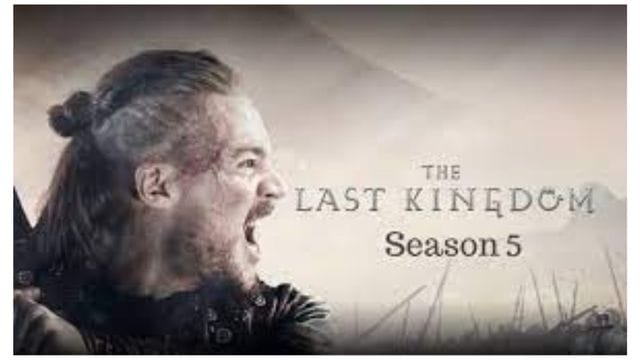 The Saxon Stories by Bernard Cornwell served as inspiration for The Last Kingdom. The TV show takes its name from the first book in the series, and it follows the storyline through many more novels.

Uhtred of Bebbanburg (Alexander Dreymon) is the protagonist, and the plot centres on his exploits as he travels around Anglo-Saxon Britain, dealing with the Viking invasion and the aspirations of the Kingdom of Wessex to unify the kingdoms into a single country called England.

According to the narrative of volumes nine and ten of The Last Kingdom, Warriors of the Storm and The Flame Bearer, if Edward doesnt break the ceasefire himself, another powerful warlord may.

The fifth season narrative suggests that Ragnall Ivarson, a new character introduced in Bernard Cornwells ninth Saxon Stories book, may be the biggest opponent. However, the Netflix series has diverged significantly from the novels, so dont hold your breath waiting for a faithful adaptation.

Uhtreds prolonged quest to reclaim the fortified grounds of Bebbanburg, his familys home since long ago, may finally reach its climax. After losing his dear friend Father Beocca in his last assault on the impregnable fortress, his new effort will hit closer to home than ever before (Ian Hart).

Is Season 6 of the Last Kingdom on the Cards?

Season 5 of The Last Kingdom will be the series last instalment, it has been revealed.

Nonetheless, a movie of substantial length will be released after Season 5 of The Last Kingdom. Presently in production is a movie with the working title of Seven Kings Must Die.

While the narrative of Seven Kings Must Die has not yet been disclosed, it is reasonable to assume that it will include books 12, 13, and 14. Season 5 of the television adaptation ends with book 10, so the next three novels should have a similar arc.

What is the Premiere Date for Season 5 of the Last Kingdom?

Season 4 premiered on April 26, 2020, therefore there was a long hiatus until Season 5 began airing in 2021, however a two-year gap has been the norm throughout the shows run. 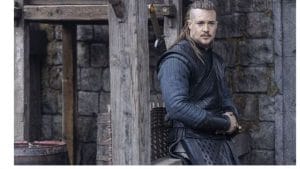 Bonus Material From the Making of the Last Kingdom

While waiting for information on season 5, The Last Kingdom fans may watch a number of behind-the-scenes films on the shows official YouTube account.

Experience a day in the life of actors like Alexander Dreymon, Mark Rowley, and Emily Cox, or delve deeper into the shows elaborate battle choreography and costume design.

Video episodes of Dreymon, Rowley, and Arnas Fedaraviiuss The Last Kingdom podcast may also be found on the channel.

Check out our live Q&A on RadioTimes.com with series stars Alexander Dreymon, Eliza Butterworth, and Nigel Marchant if you need help processing the shocking events of Season 4.

Seven Kings Must Die is Officially the Title of the Upcoming Film Adaptation of the Last Kingdom.

The Last Kingdom: Seven Kings Must Die will soon be a film.

After rumours that season 5 of The Last Kingdom would be the series last, actor Alexander Dreymon confirmed during a London MCM Comic-Con panel in October 2021 that a movie will conclude the saga.

He said, When we started filming the programme, Bernard Cornwell had written 10 novels, and we had planned the show in a manner that season 5 was always supposed to be the final season.

But for some time now weve been talking about perhaps extending it a bit… because it just didnt seem like the end was near, he said.

And then weve seen such a tremendous desire from the fans for an encore that weve decided, together with Netflix, to make a special thats going to be amovie version of the programme and which were going to be filming next year.

Below is a film of Alexander Dreymon announcing The Last Kingdom movie and thanking fans for their support.

Tutorial on Viewing the Last Kingdom

Before making the jump to Netflix, The Last Kingdom was shown on BBC America and BBC 2 in the UK.

Netflix has every season of The Last Kingdom. The first two seasons have eight episodes each, while Seasons 3, 4, and 5 each have ten. You may watch every episode right now.

All four seasons have been published on DVD and Blu-ray, and they can also be seen on Amazon Prime Video and other services.

When Will Season 4 of You Premiere? Who Will Be in It? What Will Happen?