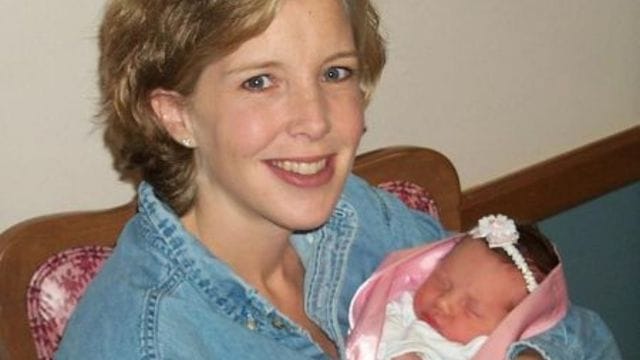 The day before the 20th anniversary of the September 11 terrorist attacks, on Friday, September 10, 2021, Todd Beamers wife, Lisa Beamer, reflected on her husbands bravery on that terrible day.

Todd was a passenger aboard United Airlines Flight 93, the jet that crashed in Somerset County, Pennsylvania, as a result of an attempt by Todd and other passengers to pass the hijackers and retake control of the aircraft.

And because of the bravery of those passengers, Flight 93 avoided the original target of the attackers, saving countless lives.

Lisa claimed during a chapel address at Wheaton College that she and Todd had returned from a business trip to Rome the day before 9/11. Some of you may already be aware of what happens next, but since nearly half of you were born after the beginning of this story, Ill go back and fill in the blanks.

One of the victims of the 9/11 terrorist strikes, which happened early on Tuesday, September 11, 2001, was Todd Beamer.

Todd was a passenger on one of the four aircraft that were hijacked and wrecked by terrorists while traveling on United Airlines Flight 93 from New York to San Francisco. At the age of 32, he perished in the collision.

Lisa Beamer gave a speech in the chapel at Wheaton College on the 20th anniversary of 9/11. She said that her late husband rose to fame within 72 hours of his passing.

Who Was the Wife of Todd Beamer?

In 1994, Todd Beamer was hitched to Lisa. According to her speech at Wheaton College, the couple, who both attended and graduated from the institution, were grateful for the existence that God had given us. that our existence was a gift with meaning.

After graduating from Wheaton in 1991, Todd and Lisa pursued careers in software sales.

Prior to 9/11, Lisa was a mother to David and Drew and was carrying their third child, a daughter named Morgan.

In the six months following the attacks, Lisa made 200 public appearances, according to PennLive. She called what happened after Todds passing divinely arranged mayhem. The White House, CNN, Oprah, and everyone else wanted to talk to Lisa, according to Lisa, who also said: The phone rang nonstop for days and weeks. 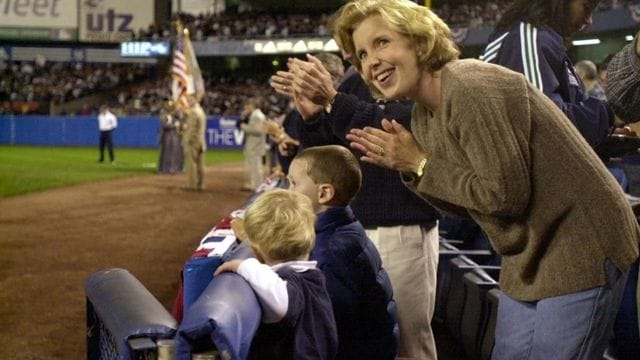 Todd, according to her, was aware that his soul was secure even while his body wasnt.

People questioned Lisa about how her husband had maintained such composure throughout the emergency after the phone operator reported Todds composed manner during that call from Flight 93.

During her statement, Lisa stated, I answered those questions the only way that rang true to me: Because Todd loved his life, yet he knew that his life was much more than his 32 years on this Earth. Because Jesus was his Savior, his soul was protected even while his body wasnt.

Todd Beamer and Lisa, did they have any kids?

Drew and David were the couples two children, and Lisa was five months pregnant at the time of the attacks.

Lisa gave birth to their daughter Morgan Kay in January 2002.

Like their father, all three of them were athletes and went to Wheaton College.

David, who was three when his father passed away, played quarterback for a football team, while Drew, who was one during the assaults, played soccer, as did Morgan. 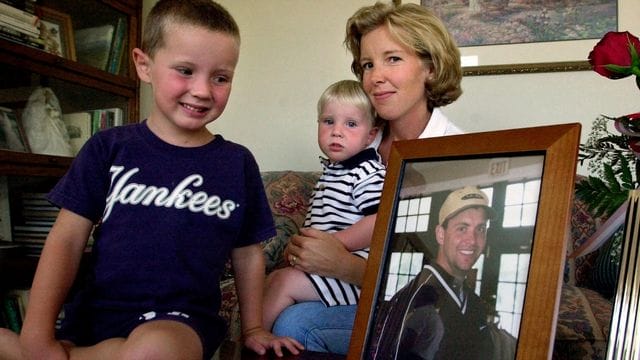 Right Now, Where is Lisa Beamer?

After the passing of her husband in 2001, Lisa found herself in the media spotlight.

She still makes sure that her husbands legacy endures by giving a speech at Wheaton College on the anniversary of 9/11.

Lets Roll!: Ordinary People, Extraordinary Courage is a book she co-wrote in 2003. In addition, she established a foundation in her husbands name and has been caring for their three children alone. According to current reports, all three of Todd and Lisas children attended Wheaton College. David is now 23 years old, Drew is now 19, and Morgan is now 19.

In 2021, Lisa appears to choose a life away from the media glare and appears to establish a private Instagram account.

Read More: Did Mike Majlak and Lana Rhoades Split Up? A Model Posts on Instagram About Her Pregnancy!