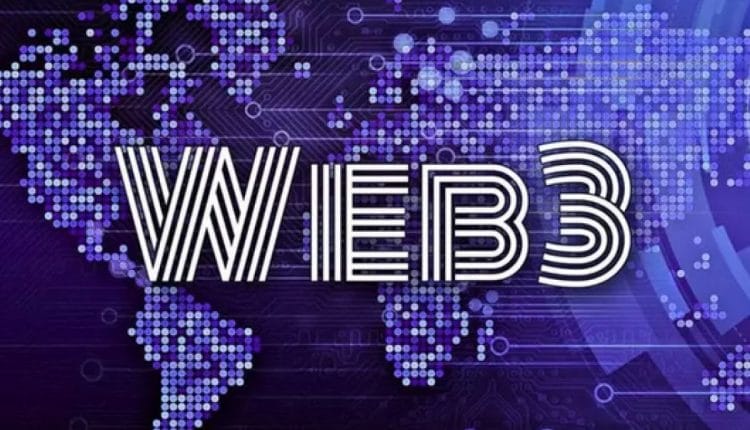 At the moment, Web3 is basically simply a jumble of sophisticated technology and conundrums. Who is responsible for Web3? What exactly does Web3 imply? Is Web3 crypto, the blockchain, a fraud, or the way of the future for the global economy?

Moxie Marlinspike, the Signal founder (and, as of yesterday, former CEO), cybersecurity pioneer, and all-around Smart Guy About Tech, seems to have piqued everyones interest with a blog post. The piece, titled My first impressions of web3, addresses one of the spaces most pressing issues: Is Web3 truly decentralised?

It appears that its all about the servers. People dont want to develop their own servers, according to Marlinspike, which is one of the reasons the web is centralised. And the blockchain is all about servers: Blockchains are supposed to be a network of peers, but they arent constructed in such a way that your mobile device or browser can actually be one of those peers.

Companies like Infura and Alchemy are already establishing AWS-like blockchain businesses, yet only a few participants are actually interacting with the blockchain.
The space is coalescing around… platforms to make these technologies usable, Marlinspike noted. Again. People who will manage your servers and iterate on new features as they emerge.

Infura, OpenSea, Coinbase, and Etherscan are all cryptocurrency exchanges.

You may even argue that centralization is… better! Marlinspike argued that OpenSea would be a better platform without the blockchain, as well as the associated gas prices and cumbersome user interfaces. It wouldnt be difficult for OpenSea to just publish a transaction log.
This is a gold rush, Marlinspike concluded.

The majority of people arent interested in the beautiful-future-of-the-internet things; theyre interested in making money by trading cryptocurrency. This may result in even more centralization. If youre looking to invest some of your money in cryptocurrencies, its best to do your own research first by reading crypto news today and build your own investment plan from there.

The article has already established itself as a foundational Web3 text. Crypto For weeks, Twitter has been debating these same huge questions, and nearly everyone seemed to have an opinion on the post.

Although Brian Armstrong agreed with much of the piece, he contended that there is a big distinction between using a platform that also owns all the data (web2) and a platform that is only a proxy to decentralised data (web3).

Users will not have to manage their own servers, according to Vitalik Buterin, and developers will take care of the heavy lifting. Users often accept developer defaults, he commented on Reddit, and many developers truly care about decentralisation and trustlessness (and developing legal concerns with operating centralised points of trust will encourage them to care even more).

Balaji Srinivasan compared the current state of affairs to Netflixs DVD sales: They were well aware that streaming was the way of the future. They were aware, however, that bandwidth was restricted.

Many web3 entities are partially centralised in 2022. They understand that decentralisation is the way of the future. However, there is a limit to the amount of blockspace available.
Folks who are pro crypto are like yes. we got work to do, people who are anti crypto are likesee that is why it is awful,' Harper Reed tweeted.
No of how you feel about the ideology of it all, Marlinspikes piece is a serious criticism of how things are presently. And he is correct: Consider OpenSeas capacity to prevent the sale of stolen Bored Ape NFTs, Coinbases monopoly on bitcoin trading, or the fact that Andreessen Horowitz appears to be sponsoring the entire business.

In addition to making an NFT When most people think of NFTs, they think of photos and digital art, although NFTs dont often keep that data on-chain. That would be too expensive for most NFTs of most photos.

NFTs contain a URL that points to the data rather than putting it on the blockchain. The lack of a hash guarantee for the material available at the URL startled me about the standards. When looking at many of the NFTs being offered for tens, hundreds, or millions of dollars on prominent markets, the URL typically merely points to some VPS running Apache someplace.

Anyone having access to that machine, anyone who purchases that domain name in the future, or anyone who compromises that machine can change the image, title, description, and other aspects of the NFT at any moment (regardless of whether they own the token). Nothing in the NFT standard informs you what the image should be, or even allows you to verify whether anything is the right image.

As an experiment, I created an NFT that changes depending on who is looking at it, because the web server that serves the image can serve different images depending on the requesters IP or User Agent. For example, it appeared one way on OpenSea and another on Rarible, but it will always appear as a huge emoji when you buy it and view it from your crypto wallet. You dont receive what you bid on. This NFT is nothing out of the ordinary; its just the way the NFT requirements are written. Many of the most expensive NFTs could become emoji at any time; I merely made it clear.

Related Topic: Joe Lonsdale | An Entrepreneur | Investor | And Philanthropist From US

What I found most intriguing is that after OpenSea deleted my NFT, it disappeared from any crypto wallet on my device. But, given that this is Web3, how is it possible?

A crypto wallet such as MetaMask, Rainbow, and others is non-custodial (the keys are maintained on the client side), but it suffers from the same difficulty as my dApps: it must run on a mobile device or in your browser. Meanwhile, ethereum and other blockchains were created with the aim of becoming a peer-to-peer network, but not in such a way that your mobile device or browser could be one of those peers.

Basic functions such as displaying your balance, recent transactions, and NFTs are required of a wallet like MetaMask, as well as more advanced functions like as generating transactions, dealing with smart contracts, and so on. In brief, MetaMask requires interaction with the blockchain, but the blockchain has been designed in such a way that clients such as MetaMask are unable to do so. MetaMask achieves this, like my dApp, by making API calls to three companies that have consolidated in this sector.

What’s the Difference Between Moralis, Alchemy, and Infura?

Moralis has received input from over 5,000 projects that have already implemented it. As a result, its evident that Moralis is part of a whole new dApp development paradigm.

Moralis provides a complete toolset for developing dApps, whereas Infura and Alchemy only provide access to RPC nodes. While building around RPC nodes is still the most popular method, it isnt the best.

There are certain drawbacks to building around RPC nodes. This includes the fact that RPC nodes result in lengthy iterations and time to market. RPC nodes are also difficult to test, resulting in flaws and greater failure rates.

Using Moralis and creating with the Moralis SDK, on the other hand, provides more capabilities than simply building around RPC nodes. As a result, it provides an exceptionally ideal framework for developing current dApps. Firstly, it assures that Web3 programmes created in this manner may be easily and swiftly deployed.

Related Topic: The chip industry is facing a labour shortage, as planned US fabs would need 70K to 90K more workers by 2025 than they had in 2020. (Wall Street Journal/Stephanie Yang).

Because its supposed to be that way, Web3 is a highly divisive topic among technologists. Its a rhetorical device to create a false dichotomy between the real internet, with popup ads and Zuckerbergs, and the fantasy internet, with technologically nonsensical pipe dreams and phoney crypto-populism.

Web3 is the technology incarnation of our hopeless search for a messianic answer to all of our issues. Its quite reasonable to desire a more decentralised technological stack and to strive for a more egalitarian internet, a more equitable society, and a better planet. However, web3 is not the golden road that will bring us to that world; its just more of the same old crypto nonsense wrapped in a sugar pill to make it easier to swallow.