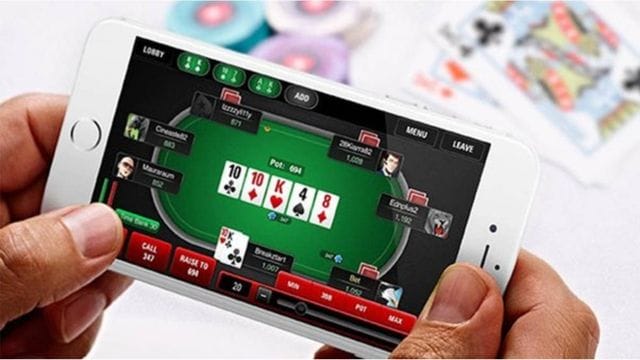 Online poker is going through something of a resurgence. The pandemic period closed casinos and jettisoned home games via social distancing, leading players turning to silicon chips and computerized cards. And while SportingNews.com reports that high-stakes players are flocking back to card rooms, not everyone is enthused by $10k tournament buy-ins.

The first boom came in 2003, when Chris Moneymaker – an accountant from Tennessee – triumphed in the World Series Of Poker Main Event, scooping the $2.5m grand prize. He’d gained his place in Vegas by winning an online qualifier that cost just $40 to enter. The unlikely Cinderella inspired masses to take to their computers to pit their skills against the best. The Covid years meant the big tourneys either went online exclusively; or in the WSOP’s case, run events until the Finals stages via their website and app. Whether you’re part of a new generation of wannabe high rollers or just want to play a few hands for fun, there are a few considerations when picking a poker app. Lists of the best poker apps can be useful, but take their suggestions and go a little deeper to find the perfect match.

By now we’re likely all familiar with ensuring an online checkout changes from ‘http’ to ‘https’ and displays the padlock icon in-browser when we’re making online purchases or transferring funds. However with an app, you don’t get that URL window, so it’s important to pick an app you can trust. Stick to downloading official apps from the official app store for your operating system. Investigate which payment vehicles the app will accept. The official WSOP site, for example, allows you to deposit via credit card, but can’t pay out to them – you can do both via PayPal. It may be best to do everything through one account both for security and ease of record-keeping. e-Checks are another common method, however be aware, like physical checks, they don’t clear instantly and do require 3-5 business days for processing time. Some apps will accept cryptocurrency which may speed payout times by comparison.

Poker platforms make their money in much the same way as a brick-and-mortar card salon does – by taking a rake – a percentage of each pot that goes to the house. This can vary between 2.5% and 10%, although somewhere in the middle – between 4% and 7% – is common. Some apps will offer a percentage of that cut – or rakeback – to frequent players. Others will offer cashback or other rewards as loyalty bonuses. They’re usually fiscal – there’s no way of sending a cocktail server to your house with free drinks as you’re playing – but do work out which would be more beneficial to your pattern of play. Many poker apps will also offer bonuses for new customers; it’s worth going through a few to see what’s on offer, and when.

Of course, the first two considerations are largely academic if an app doesn’t have a steady stream of players at the table. If it’s impossible to find a game, then it’s moot as to how you bank winnings. If you only wish to play against people you know, look for apps offering the ability to set up private rooms to recreate the friendly Friday night game round the kitchen table. If you’re looking to test your skills against the widest possible pool of players, then choose carefully. While online poker is active in six states, some apps only allow you to play with others in your own state. Some do go cross-border and allow you to play in the multi-state poker alliance of Nevada, New Jersey and Delaware. As more states come onboard – which seems more likely moving forward given the adoption of online sports wagering now amounts to over half the country – an app that can grow with your game may be worthwhile.

Picking a poker app should be a considered choice. Don’t go all in on a busted flush. Take some time, and make that perfect choice for you.