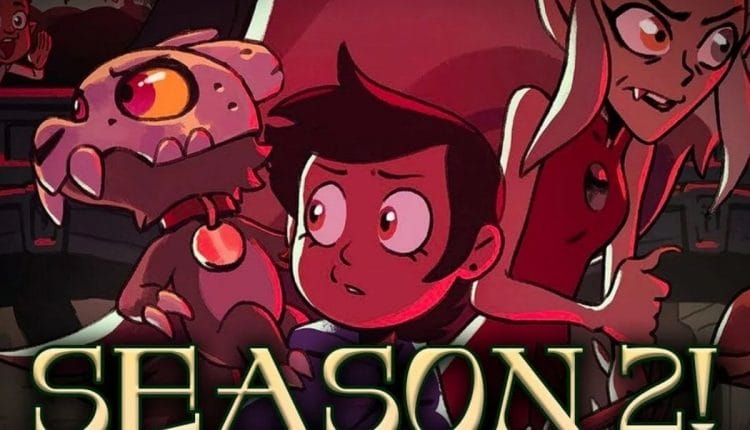 The Owl House Season 2 | Check Out the Most Recent Updates!

The debut date for The Owl house Season 2 of Disney Channels The Owl House has been set for March 19th. Dana Terrace, the shows creator, verified the news on her Twitter account. This will be the first new episodes since the shows sabbatical began in August of last year. Disney+ currently has Seasons 1 and 2A accessible.

Terrace announced the news with a happy drawing of Luz and King with the words Owl House is back! In the statement, she also stated that the next season will only be available on Disney Channel. LEAKS BE DAMNED! says the content of the tweet. OWL HOUSE IS BACK BABY! he exclaimed, adding that it will return with Amphibia, another famous Disney cartoon.

A Quick Recap Of Season 1

Season one of Disneys fantasy animated television series The Owl House, which premiered in 2020, features Luz Noceda, a Dominican American teenager from Gravesfield, Connecticut, who instead of going to a juvenile detention summer camp, finds herself entering a gateway to another realm. She ends up on the Boiling Isles, a bizarre and mysterious island chain where she meets an unconventional witch named Eda and her roommate King. Luz follows her desire of becoming a witch with the support of her new family, despite her lack of magical abilities. Season two follows the trio as they try to return Luz to her human home while learning more about themselves and the mysteries that surround their world.

What’s About Season 2 Of The Owl House?

The show has received positive feedback for its portrayal of the LGBT+ community. The show shows multiple characters who fall into various categories of the group, the most prominent of which is Luz and Amitys proven romantic relationship. In 2021, the show was nominated for a GLAAD Media Award for Outstanding Childrens and Family Programming and received a Peabody Award for Childrens and Youth Programming for creating a secure and accepting place for gay children to express their creativity.

When Will It Be Released?

The Owl House Season 2 Episode 12 will premiere on Disney Channel on March 26, 2022. This episode will run roughly 25 minutes, as is normal. The following episode is titled Elsewhere and Elsewhen. In this episode, Luz will be frantic for more information on Philip Wittebane, the portal doors creator. Shell enlist Liliths help and set out on a once-in-a-lifetime journey. Luz would then assume shes figured out the best way for Amity to show herself to her father in terms of underground witch warfare. Hunter, on the other hand, is on his way to Hexside for his most important mission to yet. Willow becomes eager about excelling in a new and exciting sport.

Who Are Going To Cast For Second Season?

Sarah-Nicole Robles plays Luz Noceda, Elizabeth Grullon plays Camila, Luzs mother, and Wendie Malick plays Eda Clawthorne in The Owl House. Alex Hirsch has two roles in the series: one as King, the demon roommate, and the other as Hooty, the house demon.

Also Read: Charmed Season 4 Release Date: Everything You Must Know Before Watching!

Where We Can Watch The Second Season?

The Owl House Season 2 Episode 12 will air live on Disney Channel at 9 a.m. ET. If you missed it, you can always watch it on DisneyNow. In addition to Disney+, Sling TV, DirecTV, and Hulu+ Live TV, the episode will be accessible on Disney+, Sling TV, DirecTV, and Hulu+ Live TV. Apple TV and YouTube TV are two more streaming options for delivering content to your home theatre system. On Google Play, Amazon Prime Video, and iTunes, you may buy individual episodes or the entire season.

Dont miss a single Update of the greatest Anime Shows and the blockbuster Netflix Series with a subscription to the newsgaze.com

Married At First Sight Season 13: Is The Couples Are Still Together?