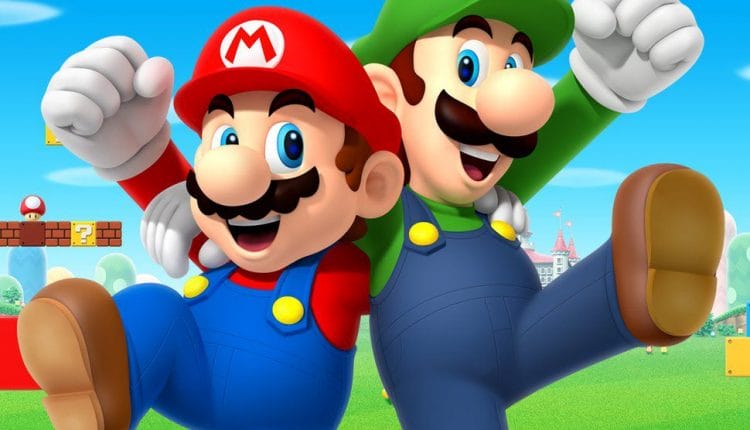 Mario Bros is one of the most iconic video games in the history of video games. Created in 1983, but few know that his first appearance was in Donkey Kong and his original name is Jump Man, and his mission, as always, is to rescue the princess.

From 83 to this date, there are many titles where the most famous plumber in the world is the main character. We all have favorite games, but in this list, we are going to put what people consider the best and most addictive.

It is very important to go here to learn more about the latest on your favorite titles. It is always important to be one step ahead in your gaming experience because having the best tips and advice to finish your favorite game helps you to have more fun.

The first installment was epic, it was hard to beat it, but Nintendo took the challenge very seriously and created one of the best Wii games in history, besides one of the best Mario games. With Galaxy, the galaxy was explored, and the game was a beauty where you defied the rules of gravity.

But the sequel explored with the console itself. It customized the Wii controls to interact in a unique way, it was like being in zero gravity and you had to almost stand on your head to control the famous Italian plumber.

Obviously, it was endless fun, and the best thing about this title is that it was not so complicated to play or to finish, if it was very demanding, you had to work to achieve the objectives, because the levels were very large, but there was no waste. You could spend hours and hours glued to the console.

Besides the graphics and design being practically perfect, the animations gave an incredible sensitivity to the game, besides the music is composed by Mahito Yokota who has composed almost all Mario titles and this time he said that the music is very personal for him and it shows because it makes you shudder.

When Nintendo is asked to surpass itself, it usually does it and that happened in 1990 when they were asked to make the continuation of Super Mario 3. They now had 16 bits and creative freedom to surpass the masterpiece that was Mario 3.

Obviously, they built a bit on the success of the NES title. But they gave it a pretty good twist for the SNES. The first thing they did was to give Mario a makeover that now looked much more real.

They gave him new abilities and powers, and Yoshi made his appearance in this game. This was enough to make it one of the most remembered games because Marios dinosaur friend is one of the most loved in the saga.

Besides, the story was fabulous. It is not a complicated game, but you have to get serious if you want to finish it, besides there are many secrets and that makes it almost endless. Its one of those kinds of adventures that once you finish it you have to repeat it because there are more things to see.

When Nintendo created the 64-bit console, obviously the first game they thought of was Mario. They wanted to take advantage of the 3D offered by the console and created what is perhaps one of the best games ever created.

The gameplay is simply perfect. The search for stars and coins became very tiring, but you just couldnt put it down. If it was complicated enough, the only criticism I had was that maybe it was difficult enough.

The programmers didnt want to make an easy game, because it is an epic adventure, and they didnt think to make the game easy and make you finish it and then save it forever, the idea was to make it timeless and they got it.

It is so good that they have released versions, with improved graphics for more consoles. This is at the top of the best games in the history of video games and thats not a minor thing. Nintendo rarely misses when it comes to Mario Bros.

So they had to create a game that was not so complicated and that was the same for both markets. When the designers presented the idea, everyone immediately loved it, because the story and the map were unique.

The game broke all the molds and stereotypes of the games of that time. Super Mario 3 was a sales success that has been replicated until now with great success for other consoles only with graphical improvements.

It had everything, new powers for Mario, new enemies, and secrets. The game has been copied and referenced countless times, thus its importance in the Nintendo world.

30 years of our favorite plumber. There was no way they could create a better game than the ones mentioned above, but in 2017 they released Odyssey and we still cant believe it. The quality of the game they put out is simply unsurpassed.

They introduced the character Cappy who gives Mario new powers and gives you the possibility at some point to control Bowser. One of the most iconic villains in the video game world became simply historic.

But I think one of the most surprising things is that Marios cap, which is on the same level as Supermans cape or Messis number 10, was destroyed at the beginning of the game. Thats where this new character, Cappy, comes in, which becomes his iconic cap that this time you can interact with.

The premise is simple but great. As always you have to rescue Peach, but the ending may surprise you because Bowser becomes your sidekick.

It also gives you the opportunity to travel around the world, New York, Mexico, China, and many more countries. A beautiful game.

Which of these games do you like the most?