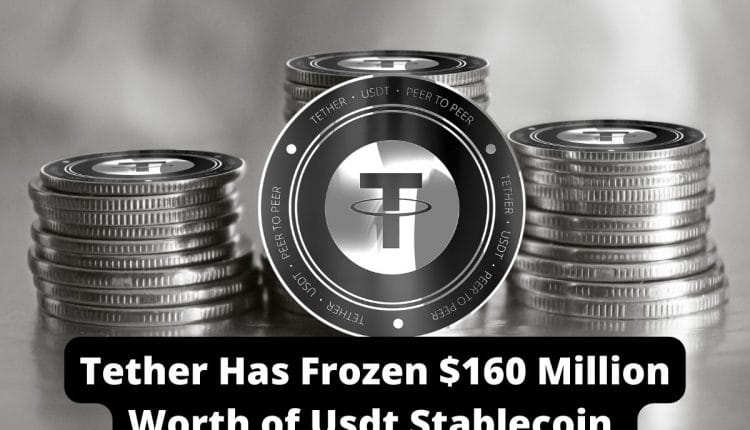 Stablecoin issuer Tether froze three Ethereum addresses on Thursday, containing approximately $160 million worth of USDT, according to statistics from Etherscan.

Here is a video about the tether USDT, do watch it:

Ans.  Potentially. Because it is a stablecoin, its value should remain constant at $1, plus or minus a couple of cents per transaction. That is precisely the idea of it — it is not intended to generate profits or losses in and of itself, but rather to serve as a reliable store of value.

3. Can you make money on Tether crypto?

Ans. A technique that is widely used by other exchanges, like as Binance and Coinbase, is to make investments in the cryptocurrency ecosystem itself. Tether makes money from those investments in one of two ways: either by sharing in the profits of the company or by selling its shares for a higher price than they were purchased for.