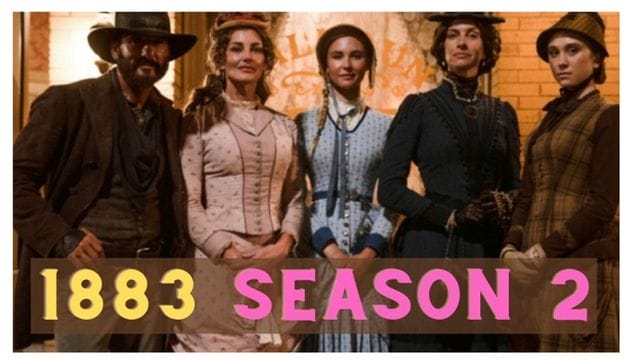 Bass Reevess life is only one of many that may be told in the Yellowstone canon.

It was announced in September that Yellowstone creator Taylor Sheridan was already at work on another film on the greatest frontier hero, a delay that prevented viewers from delving into the Dutton familys rich history until the Yellowstone prequel 1883 appeared in December. Having seen how John Duttons (Kevin Costner) great-great-grandfather James Dutton (Tim McGraw) moved his family from Tennessee to Montana in 1883, viewers of the film were shocked to learn that Jamess wife Elsas (Isabel May) untimely death was the catalyst that ultimately led to the Duttons settling in Paradise Valley.

It was previously announced that 1883 would be a 10-episode limited series, with Bass Reeves being its own series, however subsequent developments have changed those intentions. 1883: The Bass Reeves Story now serves as the combined title. This new series, which stars David Oyelowo, is being called a offshoot of 1883. If this piques your interest, keep reading about 1883: Bass Reeves, also known as 1883 Season 2.

The shows first season was met with lukewarm reviews at best. Based on 22 reviews, with an average score of 7.4/10, the film has a 50% approval rating on Rotten Tomatoes. The sites critical consensus goes as follows: 1883 brings you a nicely produced Western with lots of familiar delights - albeit its characters arent always as thoroughly formed as its vast scenery. From a total of 18 critics, it received a Metascore of 53.

Six episodes will make up season 2 of 1883, according Paramount. Given Taylor Sheridans previous works, we can probably assume that each episode will be about an hour long. According to Deadline, Taylor Sheridan, who will also serve as an executive producer with star David Oyelowo and his wife, Jessica, will helm the first two episodes of 1883: The Bass Reeves Story.

Oyelowo said at the Paramount Plus launch event in the UK that he plans to assemble a diverse group of filmmakers to oversee the last four episodes of the series, but he hasnt yet announced who will be in charge. 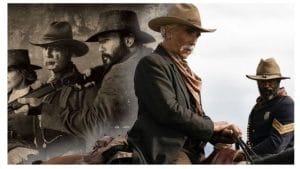 To What Extent Will the Events of 1883 Affect Season 2?

The Bass Reeves Story, set in 1883, is the story of the first Black deputy marshal in the Wild West.

Bass, who was born into slavery in Arkansas in 1838, gained fame as a protector of what was then called Indian Territory and is today Oklahoma. Cherokee, Seminole, Creek, Choctaw, and Chickasaw were only few of the Native American groups that lived there at the time. In accepting a job offer from the United States government, Bass made history as the first Black deputy Marshal west of the Mississippi. As a result of his accomplishment, he reportedly murdered 14 individuals and detained over 3000. His reputation is supposed to have been the impetus for creating the Lone Ranger.

The launch year is expected to be 2023, according to the sources. More often than not, this is what happens. On November 13, you can watch the premieres of both Season 5 of Yellowstone and Tulsa King. Available in December as well is the YellowstoneSpinoff 1923.

The shows settlers experience in Oregon was fraught with sorrow and hope. Those who made it to the other side of the Oregon Trail were treasured and grieved by the rest of the country.

The surviving members of the caravan split apart to go in search of riches in 1883. Theyre attempting to make it in the wilds of the American West by moving to safer regions. Season 1 concludes with the conclusion of the caravans long journey.

The sequel limited series 1883: The Bass Reeves Story will premiere exclusively on Paramount+, much as the first 1883 did. A monthly membership begins at $4.99 if you dont already have access. The business offers a free trial period of seven days for potential customers to test it out. Paramount+ members may see the original 1883 on both the website and the mobile app after they have logged in. Its possible that youll be able to see brand new episodes of 1883 every week after season 2 (The Bass Reeves Story) starts.

Will There Be a Season 5 of “Ozark?” Summarized here is all we have learned so far.