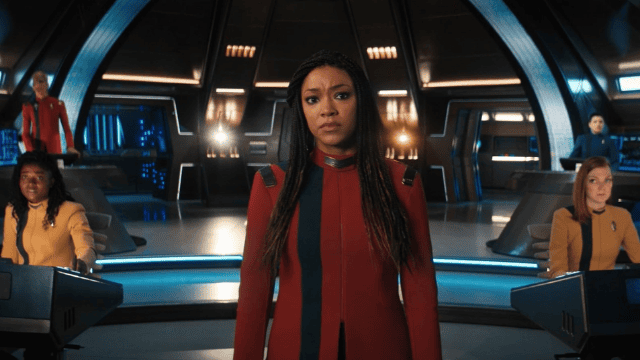 Its been 900 years after the events of Star Trek: The Original Series, and in the Star Trek: Discovery season 4, the crew of USS Discovery is helping to rebuild the United Federation of Planets after a catastrophic disaster.

As a result of an unparalleled cosmic anomaly, the galaxy will shortly be wiped out. The showrunners were Alex Kurtzman and Michelle Paradise, and the season was produced by CBS Studios in collaboration with Secret Hideout and Roddenberry Entertainment.

As a result of the COVID-19 epidemic, the seasons active development started in January of that year and continued into the next year. A space anomaly that the protagonists encounter is a metaphor for the pandemic, and Burnhams ascension as captain at the conclusion of season three is examined.

As of October 2020, the fourth season has been formally confirmed, and shooting had taken place in Toronto, Canada. A video wall was built to enable shooting in front of real-time computer-generated backdrops during the epidemic, which resulted in some delays in production.

The season started on Paramount+ on November 18, 2021, with the first seven episodes showing from November 18 to December 30, 2021. March 17th saw the publication of the last six episodes.

The Netflix release of the season was postponed until 2022 in most other countries due to fan outcry, however, the show was made accessible early in select countries through Pluto TV or digital purchase after the cancellation of the Netflix distribution days before the launch.

According to early estimates, the season drew in a sizable and enthusiastic following, garnering favorable reviews and nominations for several accolades and honors. Season five will begin production in January 2022, according to the order placed at the time.

What Does the End of star trek: discovery season 4 Portend for Season 5?

The journey has been long. Season 4 of Star Trek: Discovery may seem longer than it is due to a mid-season hiatus and a thoughtful, slow-burn narrative. Those who thought Discovery couldnt pull off a science fiction narrative without turning to action-adventure plots were proved incorrect by the season four finale. 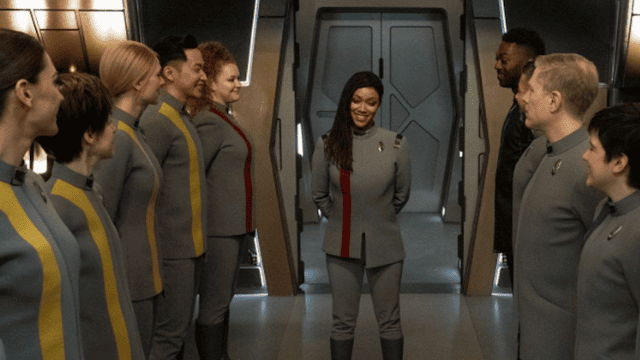 Fans are likely to be divided on whether or not this is the finest season of Discovery, but one thing is for sure: it was the most consistent in terms of tone. Moreover, towards the conclusion of the thirteenth episode, Coming Home, it seems like the show is taking another bold stride forward.

The most significant piece of information revealed during the whole of the fourth season of Discovery is saved until last. This is where we find out that United Earth, which had previously been cut off from the Federation as a result of the Burn, has rejoined the UFP as a full-fledged member.

The President of Earth, who is portrayed by real-life politician Stacey Abrams, doesnt even bat an eye when asked about Earths membership in the Federation. And since Vance and Tilly relocated Fed HQ to Earths orbit, it appears to hint that Discovery season 5 might at least partly take place on the Earth of the 32nd Century. This is because Vance and Tilly reallocated Fed HQ to Earths orbit.

In the episode People of Earth from season 3, the cast went to the place where Starfleet Academy used to reside. This lends credence to the idea that this event has been building up for some time. But things have changed, and were back to being one unified, joyful fleet. 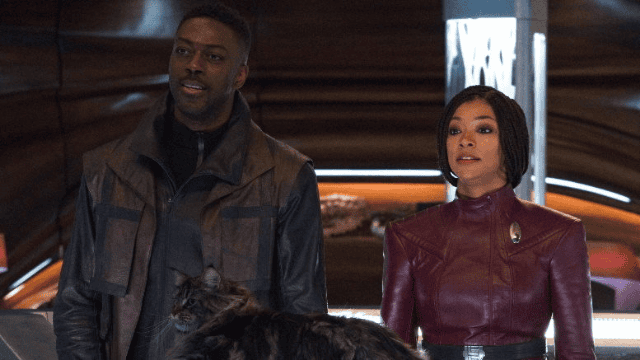 The restoration of the Federation to Earth also implies the return of Starfleet, which suddenly may make Discovery season 5 a program about something that we have never fully seen before: a Star Trek series that genuinely investigate what Earth of the distant future could be like.

Star Trek: Discovery Season 4 Came to an Abrupt End, So How Did It Happen?

In the Season 4 finale of Disco, the Federation has re-added Earth as a member planet. Prior to the Burn, in Season 3 of Discovery, the crew learnt that Earth had broken away from the Federation after a galaxy-wide calamity. The Earth is currently back in the Federation after solving the Burn mystery last season and preventing the planet-destroying DMA this season.

Hulus Love Victor Season 3 Premiere Date: Is This Series Getting a Date?

Which Date Is Most Likely for the 5th Season of Star Trek: Discovery?

The series was officially renewed for a fifth season in January of 2022, there are still no rumors of when it will return to television screens. Sorry, people.

Except for the third season, which was delayed due to the pandemic, each season has been published around 11 months apart. Therefore, assuming the current production schedule holds, viewers may be able to watch season three by the end of 2022 or the beginning of 2023.