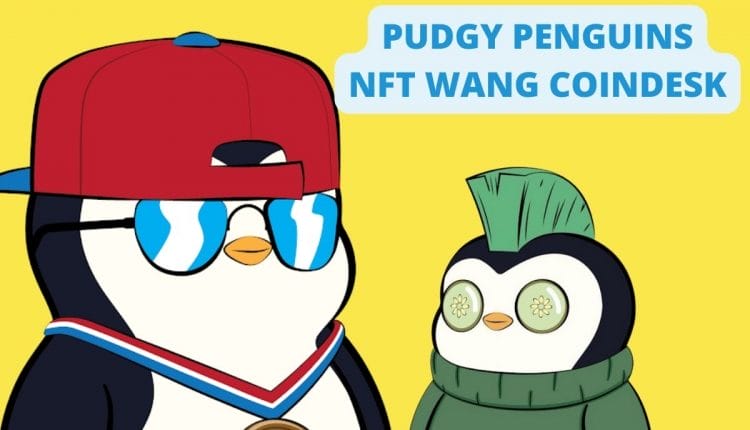 Last September, Pudgy Penguins co-founder Cole Thereum “promised a game, a token, an educational book on NFTs, and more” to the community, according to Twitter user and Pudgy Penguins owner @9x9x9eth.

“They still haven’t built up the team after a half year, they’re still in the hiring stage,” 9x9x9 told CoinDesk through Twitter.

(9x9x9 has openly revealed that he has spent approximately 600 ETH on the collection and currently has 242 Pudgy Penguins NFTs as well as one rare “banana” penguin that he bought for 100 ETH.)

On Wednesday evening, 9x9x9 posted a Twitter thread stating that the Pudgy Penguins founders were considering abandoning the project and offered to sell him the project’s shell for 888 ETH (about $2.8 million), which he declined.

Other significant figures in the NFT market, including Mintable co-founder Zach Burks, NFT collector @beaniemax, and Netz Capital’s Luca Netz, have made buyout proposals of up to 750 ETH ($2.3 million) for the project.

The founding team of the Pudgy Penguins receives a modest percentage of each NFT sale in royalties, ensuring that the inventors of successful ventures can continue to enrich themselves as long as trade volume exists.

We have opened up a community vote in our Discord for all Pudgy Penguin, Lil Pudgy, and Pudgy Rog holders.

Please head to #🚨community-vote at the top of our Discord and vote. Your voice matters.

Wrapped Penguins, which are accessible as a free mint on the NFT platform Metadrop for current Penguin holders, would cut all links with the original founding team in the hopes of forming an alternative community managed by a decentralised autonomous organisation (DAO) architecture.

According to data tracker NonFungible, daily NFT sales peaked in late August at $411.5 million. Since reaching a record high in early November, daily transactions have dropped to roughly $57 million, with the crypto market shedding nearly 40% of its value.

The world’s second-largest cryptocurrency, Ether, has dropped to its lowest point since October. Ether is used to buy and sell most NFTs.
According to NonFungible, the average daily price of a Pudgy Penguin NFT was at $4,251.47 on Tuesday, compared to $26,055 in August.

Purchasing community NFTs like Pudgy Penguins usually comes with a number of perks, such as membership in a shared Discord server or access to a private Telegram channel where you can communicate with other owners.

Each NFT sale earns the founding team of the Pudgy Penguins a modest royalty, ensuring that successful projects’ founders can continue to make money as long as trade volume exists.
Wrapped Penguins, which are offered as a free mint on NFT platform Metadrop for current Penguin holders, would cut all links with the original founding team in order to create an alternative community managed by a decentralised autonomous organisation (DAO) architecture.

500 ETH public cash offer to the founders of Pudgy Penguins to sell me the project “as is”. I will deliver on all of the promises of a game with exciting tokenomics. Development entirely funded out of my pocket.

A wrapper is a smart contract that takes one asset and creates a duplicate of it, allowing Pudgy Penguins NFT holders to own an identical “wrapped” penguin. According to the Wrapped Penguins project, the token holder will be able to “unwrap” their token at any point and return to the original NFT.

Nothing but love for him.

I don’t get involved with community drama.

PFPs like Pudgy Penguins, Larva Labs’ CryptoPunks, and Yuga Labs’ Bored Ape Yacht Club, which are frequently administered by centralised founding teams who tease fresh releases for their holders, have fueled the recent spike in NFT purchases. If you’re looking to make money from trading NFTs, follow Chainplay to update the latest information about best NFT games projects.
9x9x9 told CoinDesk that Pudgy Penguins “could be the first 100% decentralised PFP project ever.”

CoinDesk is a news organisation dedicated to upholding the greatest journalistic standards and adhering to a stringent set of editorial guidelines. Digital Currency Group’s CoinDesk is an autonomous operational entity that invests in cryptocurrencies and blockchain startups. Certain CoinDesk employees, including editorial staff, may receive DCG ownership in the form of stock appreciation rights, which vest over a multi-year period, as part of their pay. Journalists from CoinDesk are not permitted to buy DCG stock outright.

10 Tech Predictions For The Near Future | Belsky Positive Slope