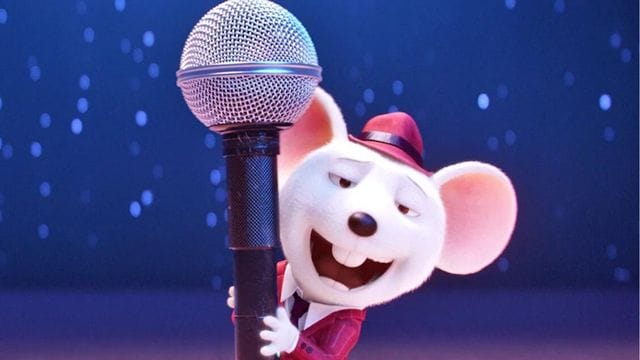 Sing was released in 2016. In the well-known film, we meet Buster Moon, a koala bear who runs a faltering theatre and stages a singing competition to keep it from going into foreclosure. A diverse range of kinds and genres of animals attend his tournament.

When Sing 2 was released in 2021, many things changed. First, first, everyone’s favorite mouse, Mike, was nowhere to be seen. The fact that the movie never brought up his absence made it much weirder. Nothing was stated about Mike at all.

What gives, then? We explain here why Mike wasn’t in Sing 2

Seth MacFarlane provides the voice of Mike, a street musician mouse who only appears in Sing. His three main priorities in life were money, celebrity, and women. He didn’t even attempt to hide the fact that he believed he was superior to everyone else, which gave him the appearance of being haughty and selfish. He believed he would win the prize money and be wealthy, so much so that he purchased a showy car before the singing competition.

Mike had the pipes and the talent, though, as a musician. Most of the songs he sang were jazz standards like “My Way” by Frank Sinatra.

Mike was generally seen wearing a red suit, a red fedora, a black tie, and black shoes in addition to having white fur.

Why Did Mike The Mouse Not Featuring in Sing 2?

Mike the mouse (voiced by Seth McFarlane) is an egotistical character that just wants to win the $100,000 prize promised on the flyers in the 2016 movie Sing.

Mike is unaware that the fliers had an error because of Buster Moon’s elderly employee, Miss Crawly, and that the reward is actually merely $1,000.

Mike gets himself a shiny new car and cons a gang of Russian bear mobsters in a game of cards, thinking the winnings are as good as his.

The bears are not amused by the trick and chase Mike down to Buster’s theatre where they are furious to discover that he lacks the funds to make good.

The bears come back and chase the mouse away in his new automobile after Mike treats the audience to a spectacular performance of “My Way,” and he is never seen or heard from again.

It’s safe to say that Mike’s fate has generated a lot of debate among Sing fans, with many putting out opinions about what exactly happened to the mouse.

Many of the ideas share the common theme that Mike met with a tragic end after coming into conflict with the bear mobsters.

On the discussion forum Quora, a fan pondered this same hypothesis and said, “My assumption is that Mike came to a sticky end. Therefore, poor Seth McFarlane is denied a role in the sequels.

While another Quora user expressed slightly more optimism: “I believe Mike managed to escape with his girlfriend in the car. I believe they turned around, saw the bear standing up on the back of the car, and drove the bear off to the curb. Then they travel to the girlfriend’s house and remain there till the danger has passed.

Last but not least, a Reddit user provided three arguments in favor of Mike’s terrible demise:

1. “Whatever happened to the mouse?” Mike is a mouse, therefore yes, the phrase is a pun.

2. That evening, he sang “My Way”… According to the urban myth, everybody who sings that song passes away.

3. It is safe to assume that Mike is actually deceased since several of us have already established that he is not present in Sing 2.”

The first statement makes reference to the “What happened to the mouse?” TV cliché.

Many fans think Mike the mouse mysteriously vanished because of this cliché, which is said to occur in movies or TV shows when a minor character inexplicably disappears after playing their part in the plot.