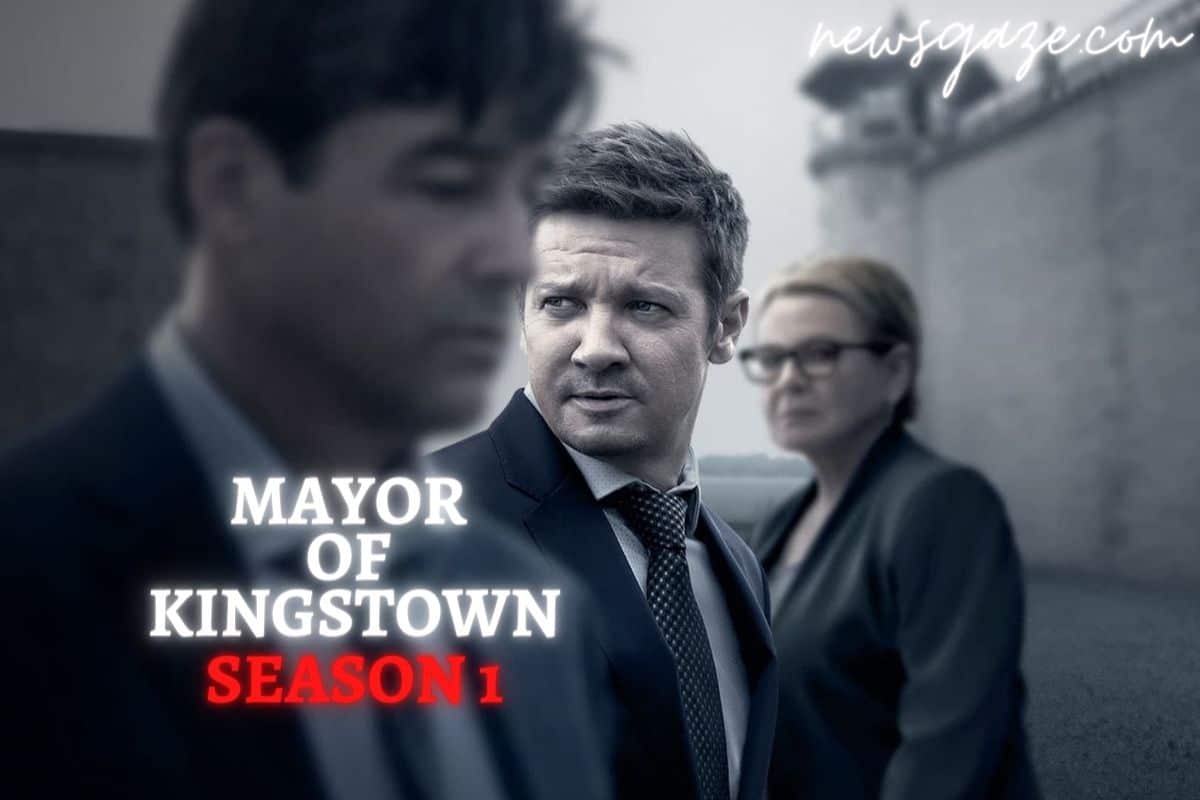 Mike McLusky has been out of prison for the entirety of the first season of Mayor of Kingstown. While we are aware that he was formerly a convict, his current occupation is that of an “advocate,” someone who serves as a liaison between the inmates and the numerous corrupt institutions that profit from their confinement or wish to avoid it becoming a hindrance to business.

In the Mayor of Kingstown conclusion, “This Piece of My Soul,” Mike is forced to re-enter the jail where he spent years of his life; to confront his former self with the goal of rescuing both his brother and many others caught in the crossfire of a riot whose organizers have a point to prove.

What Can We Predict From the 10th Episode of Mayor of Kingstown?

Mayor of Kingstown’s last episode was horrific, as P-Dog plotted a jail escape, killing several guards along the way. He even factored Milo into his scheme.

Kyle and Ian were also assaulted during Milo’s county jail transfer. Mike, however, was absent from the chaos, as he was spending quality time with Iris, who was rescued in the previous episode.

Previously, the convicts hinted at a potentially lethal retaliation against security officers for killing one of their own. Kingstown’s tranquillity will be jeopardized in the forthcoming edition, as will the road.

Mike, played by Jeremy Renner, will have to intervene, but this time, it may be difficult to contain the outpouring of rage from all corners of town. He will be imprisoned from every angle, as rumors abound that Milo would pursue him after escaping jail, and Mike may be forced to unleash his evil side in order to restore order in his community.

A story has been circulating that Mike’s brother Kyle may have died. At the start of the season, the town lost its mayor, Mitch McLusky, who was Mike and Kyle’s older sibling.

Another option for the Mayor of Kingstown’s conclusion is that Kyle would join Mike in carrying out his revenge plan, despite his mother’s suggestion to stay with his pregnant wife. One thing is certain: the last episode will conclude with a death.

Review of ‘mayor of Kingstown’ Episode 10: Acting and Narrative Lead to a Suspenseful Conclusion And Trailer!

Without a doubt, viewers are anticipating what awaits Mike McLusky (Jeremy Renner) in the upcoming season, as well as how he will handle Kingstown’s convicts following the jailbreak.

The final episode of Season 1, Episode 10, is a great depiction of survival of the fittest.’ We watch Ian Ferguson (Hugh Dillon) and Kyle McLusky (Taylor Handley) finding their way through jail cells, a frightened Mike McLusky putting on a brave front to bring his brother back to safety, and a barely functional Iris (Emma Laird) coping and healing from her experiences.

If you’ve been watching ‘Mayor of Kingstown’ faithfully since the first episode, you’re sure to have felt a flood of emotions and gained a greater appreciation for all the performers portraying their roles: Not a single job was effortless.

Having said that, Episode 10 is the series’ crowning achievement. With convicts breaking out of their cells, causing a riot, and seizing control, all while remaining cruel, we’re compelled to believe (with each passing minute) that the worst is yet to come.

Kyle McLusky, Mike’s brother, and Ian Ferguson, a coworker, are the last men standing from their group after approaching a perilous area. The team’s remaining members were all shot dead in the head at point-blank range.

One of the most admirable features of this episode is the precision with which the rescue effort was prepared to get both of them out immediately upon Mike receiving Kyle’s text message. It was certainly the most horrifying scenario, with convicts going berserk in response to the gunshot and chaos erupting.

Another outstanding component is Mike’s handling of the dire circumstances at hand. Much depended on how he dealt with the detainees. Because Mike had already served time in jail, the convicts were only willing to confide in him, and even so, Mike remained patient, knowing that his baby brother and buddy were somewhere nearby. Truly a hero in every way.

So what happens next? What awaits Mike now that the mission has been completed? 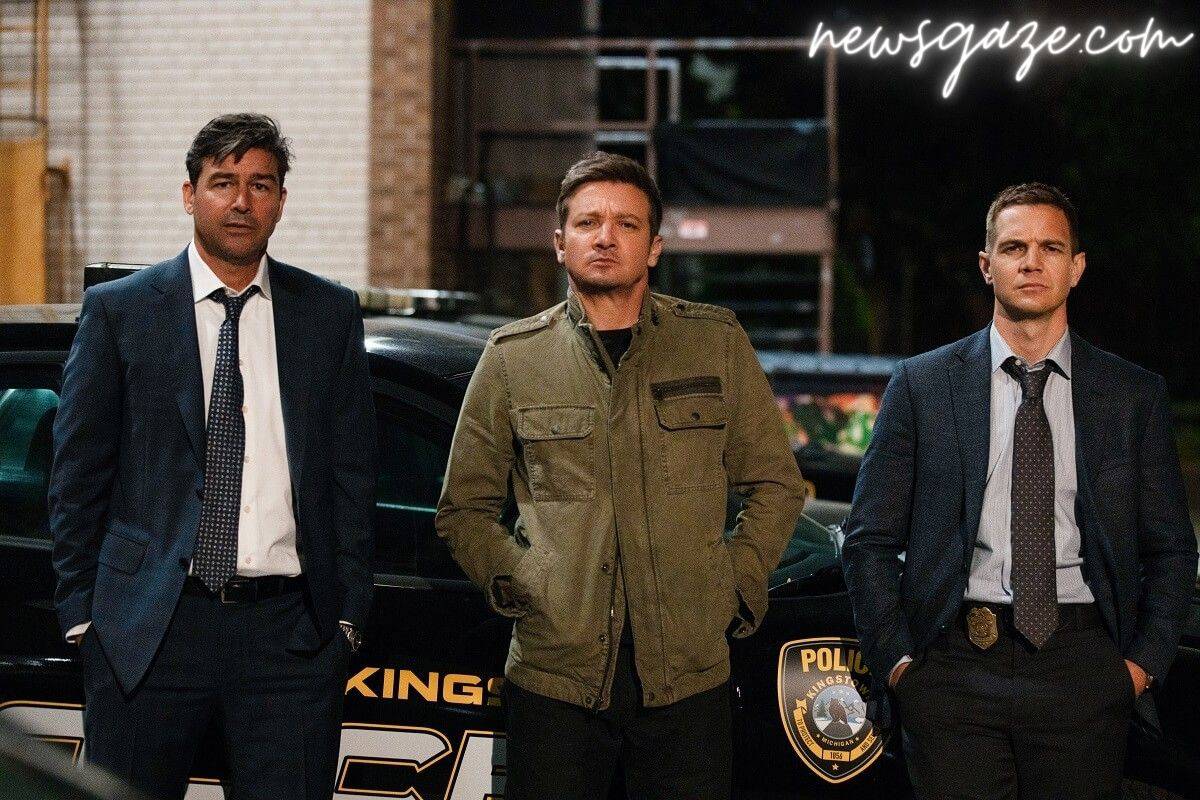 The Ending of ‘mayor of Kingstown’ Episode 10: on the Other Hand, IRIS Needs to Start From the Beginning

Since the jail breakout in ‘Mayor of Kingstown,’ things were going to deteriorate and become nasty. Nothing is more frightening than a crowd of guys who have no fear and nothing to lose.

The season finale of ‘Mayor of Kingstown’ is easily the most emotional episode of the whole series, displaying fear, vulnerability, and pain in their most raw and true forms. Jeremy Renner’s portrayal of Mike McLusky is unquestionably the series’ star, with Emma Laird’s Iris, Hugh Dillon’s Ian Ferguson, and Taylor Handley’s Kyle McLusky all playing significant supporting roles.

Inmates are officially fed up with having to put up with the way they are treated at the jail following the prison breakout. They seduce officers and assassinate them one by one, thereby remaining solid and strong while conveying a message.

More:- The Umbrella Academy Season 3: Release Date and Everything You Are Waiting for Are Here!

Because Mike has formerly incarcerated himself, the convicts feel rather a secure confiding in him, despite their general contempt for every other officer. Mike enters what would soon become a dramatic and brutal shooting range, with both sides losing blood.

Their prerequisites are straightforward. The prisoners simply want to be treated humanely and fed decently. Some of them are certain to expire within their cells, and the very least their superiors can do is not make their experience any more difficult than it already is.

This site is nearly unbelievable, yet it is the harsh truth of what occurs behind closed doors. One inmate even stated that the guards used the letters he penned for his daughter as toilet paper and then returned them to him.

Unfortunately, when one of the SWAT squad members shoots their weapon, there is no turning back. Mike seeks to cover, but nearly every convict is shot to death. It’s terrible to watch this scenario in particular; it makes you question what we’re all aiming towards in the long run.

After all, is said and done, Mike is reunited with his younger brother, Kyle, and coworker, Ian, after the two were the only survivors of the large-scale struggle with the convicts.

The episode’s last segment depicts a scared Iris who is still learning how to recover from the traumas of life. When Mike discovers her on the floor with a knife, she expresses how much of her has been snipped away (metaphorically speaking) and how she now feels the need to develop and rebuild.

What is the next chapter in Iris and Mike’s lives? Will Kyle revert to his pre-prison self? We’ll have to wait and see, it appears.

Let us hope that Season 2 will be released shortly. Keep checking back for updates Newsgaze.com