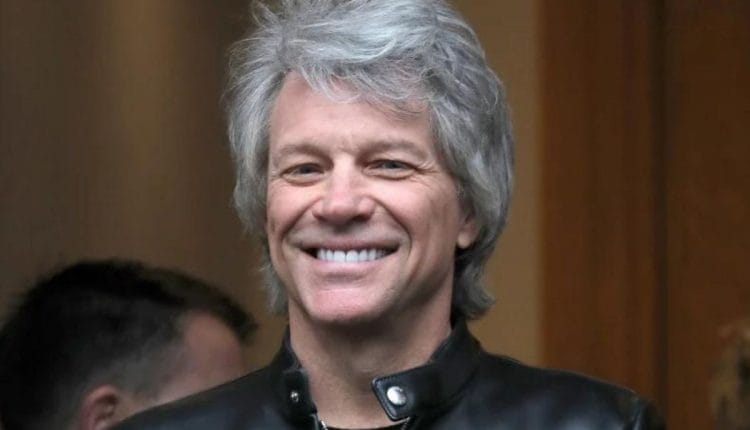 Jon Bon Jovi Net Worth: Jon Bon Jovi, born John Francis Bongiovi Jr., is a well-known musician, actor, and philanthropist. His rock band, Bon Jovi, has been nominated for and won multiple Grammy awards. The band has been active for almost 40 years and is noted for its unusual sound, which combines hard rock and country music. Theyve published 15 studio albums, sold out several stadium tours, and the vocalist was elected into the Songwriters Hall of Fame throughout that period. Livin On A Prayer, You Give Love A Bad Name, and Its My Life are among the musicians most successful tunes.

John Francis Bongiovi Jr. was born in Perth Amboy, New Jersey, on March 2, 1962. His parents are both veteran Marines. His father was a barber, and he grew up in a barbershop. His mother worked as a florist and eventually as a Playboy Bunny. He hails from an Italian family that is quite close-knit.

He was drawn to music at a young age and began playing the guitar and keyboard at the age of 13 when he joined his first band, Raze. Jon spent his freshman and sophomore years at St. Joseph High School before transferring to Sayreville War Memorial High School for his last two years.

Jon met David Bryan in high school and the two founded the band Atlantic City Expressway. As part of John Bongiovi and the Wild Ones, Jon also toured clubs and opened for larger (at the time) local bands.

Tony, Jons cousin, owns The Power Station, a recording studio in New York City. Jon spent his adolescent years there, which led to his first paid singing job at the age of sixteen on the Star Wars Christmas Album.

Jon contacted his buddy David Bryan, who contacted his buddies, bassist Alec John Such and drummer Tico Torres, in the spring of 1983. Richie Sambora, a guitarist, joined the band not long after. Runaway, Jon and the bands first hit, was recorded. Jon sought unsuccessfully to have his record played on New York City radio stations until one DJ chose to do so. Runaway became a Top 40 smash almost immediately. Jon secured a recording deal with Mercury Records, and Bon Jovi was created. In 1984 and 1985, Bon Jovi released their first two albums.

With the release of their third album, Slippery When Wet, in 1986, Bon Jovi achieved worldwide popularity. That album gave birth to three classic Bon Jovi songs: Wanted Dead or Alive, You Give Love a Bad Name, and Living on a Prayer, the latter two of which went on to become number one singles.

The bands most successful album is Slippery When Wet. New Jersey, the bands next album, had the singles Born to Be Your Baby, Lay Your Hands On Me, and Ill Be There For You, among others. 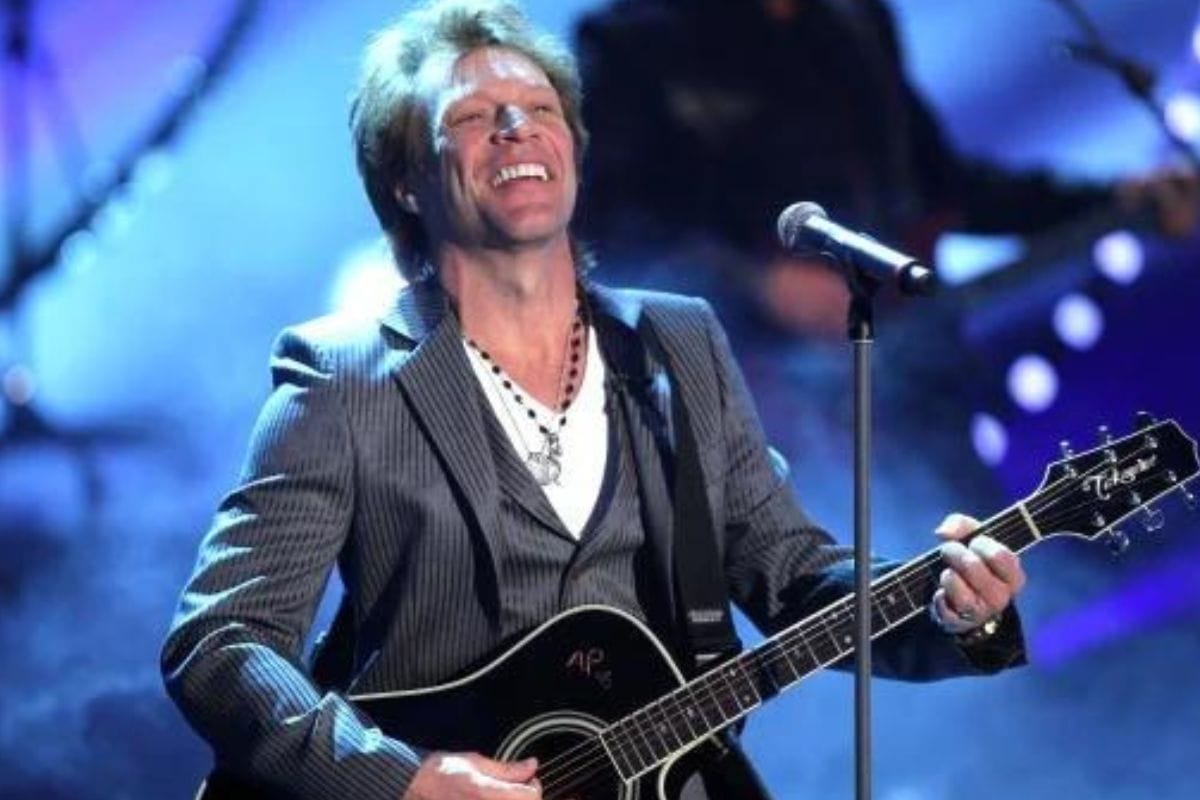 Jon Bon Jovi has dabbled in acting, with roles in Moonlight and Valentino, U-571, Sex and the City, The West Wing, and Ally McBeal among his credits. As a solo performer and with his band, Jon has won several prizes, including a Grammy Award, American Music Awards, a Golden Globe Award, and a BRIT Award.

Jon has two solo albums, Blaze of Glory and Destination Anywhere, to his credit.

In 2004, Jon Bon Jovi founded and became the major owner of the Philadelphia Soul of the Arena Football League. He is no longer a franchise member. Jon indicated an interest in purchasing 15% of the Atlanta Falcons for $150 million in 2011. Jon was one of a group of investors that made it to the final round of bidding for the Buffalo Bills in 2014.

On a steel horse I ride pic.twitter.com/EtuTUcwuAt

Jon established the JBJ Soul Foundation in 2006 to help those who are poor or homeless. In October 2011, he established his first JBJ Soul Kitchen, a community-based restaurant where guests pay what they can afford or donate an hour of their time to serve there.

JBJ Soul Kitchen gave out complimentary meals to government workers and their families who were impacted by the federal government shutdown in early 2019. JBJ Soul Kitchens are located in Red Bank, Toms River, and Newark, New Jersey, as of 2020. The site in Newark is on the Rutgers University campus.

What Is the Net Worth of Jon Bon Jovi

Jon Bon Jovi has a net worth of $410 million and is an American rock performer, singer, songwriter, record producer, musician, actor, and philanthropist. Bon Jovi is best known for being the founding member and lead singer of the rock band Bon Jovi. Since its inception in 1983, the band has seen a million faces and has rocked them all.

Bon Jovi may easily generate $100 - $150 million in a regular touring year. For example, the band earned $135 million globally in 2019. During that time, Jon amassed a personal fortune of $40 million.

Why Is He So Well-known?

When youre the frontman of one of the most popular rock bands in history, your face is likely to stand out in a lineup of cops. However, the seeds of fame and money had yet to be sowed, and Jagger was simply another aspiring blues artist competing against fierce competition in 1960s England.

Blues music began gaining popularity in the 1960s. Thousands of young optimistic teenagers were discovering blues music, which had long been a mainstay of the Deep South across the pond. Blues bands abound in the early 1960s, and many try to imitate these blues performers. 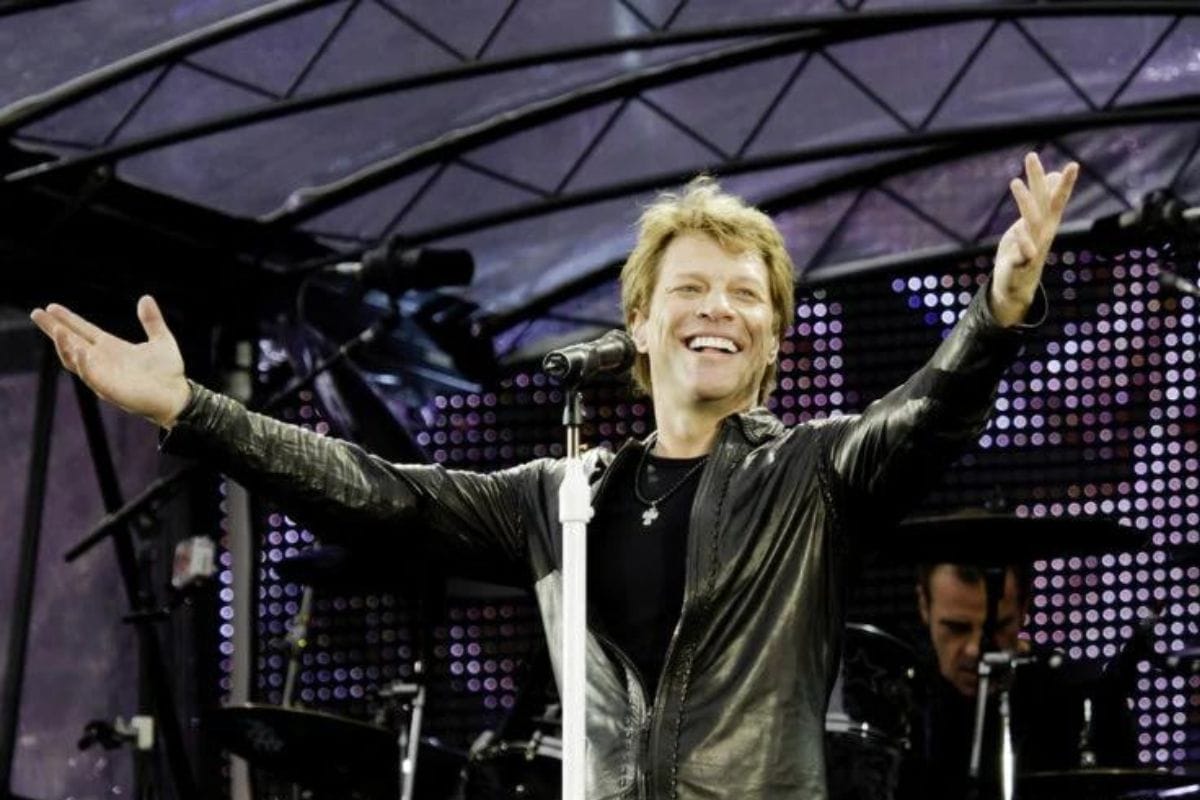 In the early 1960s, as a passionate admirer of blues music and a potential musician, Jagger met guitarist Brian Jones, who just happened to be starting his own blues band, along with his old schoolmate and guitarist Keith Richards.

The Rolling Stones had their début at the Marquee Club in London in 1962, although the lineup lacked long-time members Bill Wyman, Charlie Watts, and Ronnie Wood - the genuine Rolling Stones.

Alec John Such, a founding member and original bass player of Bon Jovi, died Sunday afternoon, according to a tweet from the band. He was 70 years old.

We are very saddened by the news of our beloved friend Alec John Suchs death. He was one of a kind. Alec was a founding member of Bon Jovi and was instrumental in the bands creation According to the message.
According to the statement, this was crucial in attracting guitarist Richie Sambora and drummer Tico Torres to the band while it was still in its infancy.
To be honest, he introduced us to each other since he was Ticos boyhood buddy who brought Richie to watch us play. Alec was always rambunctious and energetic. Those fond recollections bring a smile to my lips and a tear to my eye now. Well all miss him terribly According to the message. 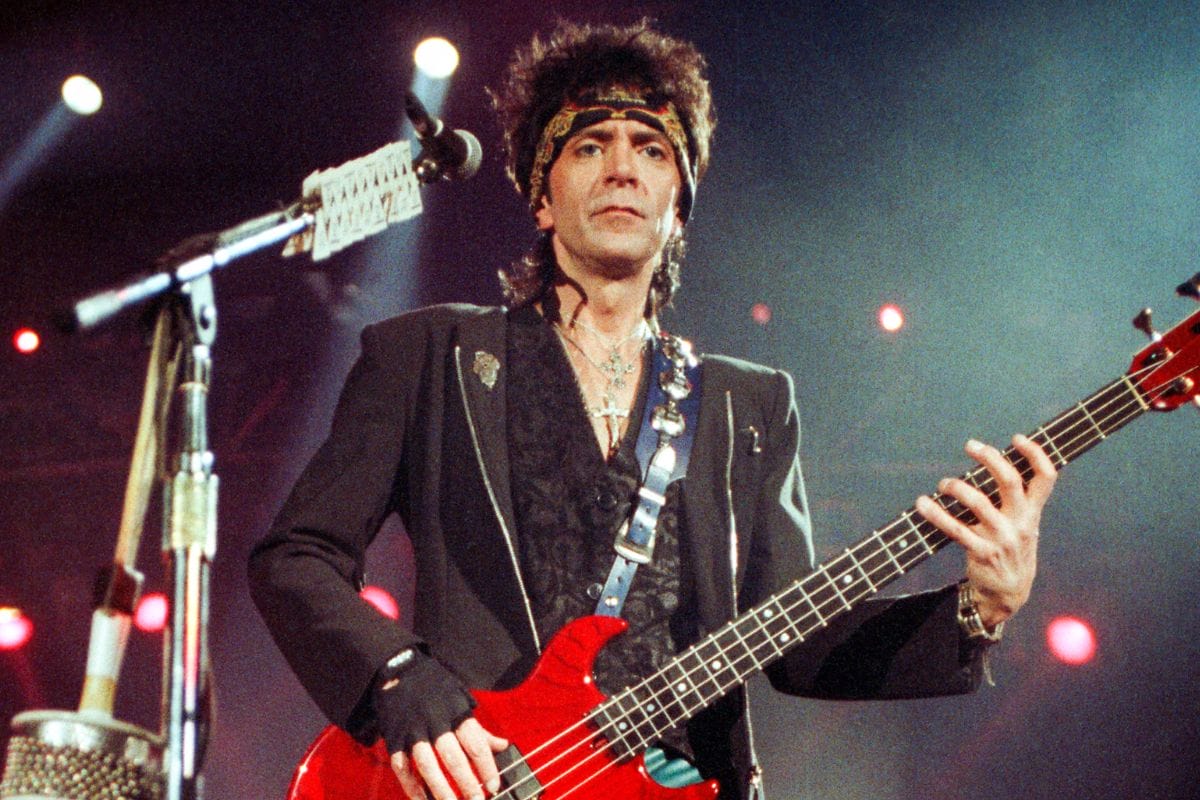 Bon Jovi was established in New Jersey in 1983, and their songs Livin On a Prayer and Wanted Dead or Alive were both successes.
In 1994, Such left the band and was eventually replaced by bassist Hugh McDonald.
When Bon Jovi was honored in the Rock and Roll Hall of Fame in 2018, the band was reunited. Such talked warmly of his time with his band members during the induction ceremony, adding, (I) adore them to the point of obsession. I will always do so.

I quickly recognized how serious Jon Bon Jovi was when he phoned and asked me to join his band many years ago, and that he had a vision that he wanted to get us to. And Im pleased to have contributed to that vision In his remarks, he said.

He was named one of the 50 Most Beautiful People In The World by People Magazine in 1996. People magazine named him Sexiest Rock Star in 2000.

Jon has purchased, sold, and developed a number of spectacular properties throughout the years. Here are some noteworthy examples:

Jon spent $24 million for a spectacular 7,400 square-foot penthouse at 158 Mercer Street in New York City in 2007. The elevator door enters straight into the private entrance of the unit. The penthouse consisted of two living levels with 11-foot ceilings on each, as well as a sky deck. A private patio is available on the top deck. This apartment was first placed for sale by Jovi in 2013 for $42 million. In June 2015, he finally accepted $34 million.

Jon spent $18.94 million on a four-bedroom condo in Greenwich Village in September 2017. In February 2022, he put this apartment on the market for $22 million. This apartment, like the others, has an elevator that opens straight into the flat.

Jon placed his 15-acre Middletown, New Jersey property on the market for $20 million in July 2019. The 18,000-square-foot mansion, which was custom-built for Jon in 1999, features six bedrooms and nine bathrooms. With 750 feet of water frontage with water views from the breakfast area, family room, dining room, master bedroom, and one of the other bedrooms, the property is situated on the Navesink River.

A heated outdoor pool with cabanas, a tavern, and a three-bedroom carriage house erected in 1910 are all part of the property. The propertys stables have been transformed into a recording studio. The property is around an hours drive from Manhattan.

Jon spent $10 million in 2018 for a beachfront house in Palm Beach, Florida, only minutes from Donald Trumps Mara-A-Lago club and The Breakers Palm Beach. He then proceeded to demolish the former residence and construct a 5,000-square-foot palace.

He never resided on the property and listed it for sale practically as soon as it was finished. He sold it for $20 million in July 2020.

Jon spent $43 million for a new property on North Ocean Boulevard a little over two miles away on the same day he sold his Floria estate. Oceanfront terraces, a pool, cabana, on-site gym, wine cellar, air-conditioned three-car garage, and 10,000 square feet of living space are all included in this property.