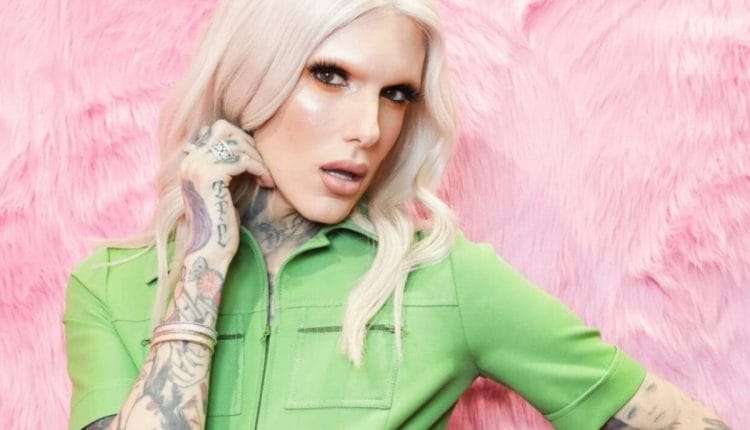 Jeffree Stars net worth is $200 million as of 2022. Jeffree Star is an Orange County-based makeup artist, musician, entrepreneur, and internet celebrity. Jeffree Star Cosmetics, which Star founded, is a cosmetics company. Star is currently one of the most popular people on the internet, and he has worked with a number of makeup artists and singers throughout his career.

Jeffree Star was born on November 15, 1985, in Orange County, California. Star was raised by his mother after his father committed suicide when he was six years old.

Star began experimenting with his mothers makeup when he was a child. Star later became well-known on MySpace, which marked a watershed moment in his career.

Star started his career on Myspace to concentrate on his music and fashion design. He used social media to blog about his life and make social commentary on self-image and confidence, fame, life, and beauty.

Star had amassed a sizable fan base on Myspace, resulting in a large number of worldwide followers.

Samantha Maloney, a friend of his, encouraged him to pursue music as a career. In 2007, he was a part of the True Colors Tour, which visited 15 cities across the United States.

Beauty Killer, Stars first and only studio album, debuted at No. 7 on the Billboard Top Electronic Albums chart in 2009. The following year, he signed with Akon, who dubbed him the next Lady Gaga. However, Star abruptly left the music industry in 2013. Star now concentrates on his makeup line as well as other business ventures.

Jeffree Star is a model, fashion designer, DJ, singer-songwriter, and makeup artist from the United States. Jeffree Star has a net worth of $200 million as of this writing. He oversees a cosmetic empire called Jeffree Star Cosmetics, which is the source of the majority of his fortune today, in addition to being one of the highest-paid YouTube stars on the planet. Hes known for his vibrant hair, which is frequently hot pink, and numerous tattoos.

Jeffree started his eponymous cosmetics line in 2014 with his entire life savings from his music and makeup careers up to that point. He later claimed that he was near bankruptcy at the time and that his music career was doomed when he started the company. He was one of the first makeup artists to promote his brand and himself on YouTube. Jeffrees early YouTube uploads focused primarily on his music, but he soon shifted his focus to promoting Jeffree Star Cosmetics. His popularity grew quickly thanks to friendships with celebrities such as Kat Von D.
His YouTube following grew to 15 million people, with over 1.7 billion video views.

His first collection was a velour liquid lipstick collection. Within minutes of the launch, all 30,000 units were sold out. He then released a line of lip scrubs, highlighter palettes, and eyeshadow palettes. He then launched an accessory and clothing line, which included makeup bags and mirrors.

Jeffrees collection was originally carried at a mall in the United States in 2018, however, the bulk of his purchases are now fulfilled directly from his Los Angeles warehouse.

Jeffree stated that his cosmetics empires yearly total income is north of $100 million in a 2018 interview with YouTuber Shane Dawson. This couldnt be verified as the business is private, but given Jeffrees mansion and vehicle collection which we saw in a previous Shane interview, the company is definitely doing very very very well!

Swallow, before it swallows you 🌈 pic.twitter.com/pNValZrAFW

In 2019, Jeffree and Shane joined together to produce a range of eye-shadow and liquid lipsticks. In an October 2019 YouTube video, Jeffree said that if the sell-out of the eye-shadow, they would receive $35 million, with $10 million going to Shane. With re-orders, the numbers would ultimately increase much higher.

Jeffree made $18 million from his many business operations between January 1st and December 1st of 2018. That was enough to make him the worlds fifth highest-paid YouTube star. Jeffree made $17 million in 2019, making him the fourth-highest YouTuber on the network. Jeffree earned $15 million in 2020, making him the worlds tenth highest-paid YouTube celebrity.

From 2015 until January 2020, Jeffree was in a relationship with social media star and model Nathan Schwandt. They resided in a huge estate in Calabasas, California, with five dogs for many years. Jeffree paid $3.62 million for the 10-bedroom, 15-bathroom home in 2016, then spent millions on repairs and improvements. The 7,000-square-foot house is on a roughly 30,000-square-foot property with mountain and valley views. In November 2020, he sold this residence for $3.4 million.

Jeffree spent $14.6 million in December 2019 on a stunning new property in Hidden Hills, California. The 25,000 square-foot home, which stands on just under three acres, features eight bedrooms and thirteen bathrooms.

Jeffree Star has been making waves in the glam industry. Stars dazzling character has been the buzz for a long time, and its no surprise that shes made a lot. He also has a YouTube channel with over 3.7 million followers, which he named after himself.