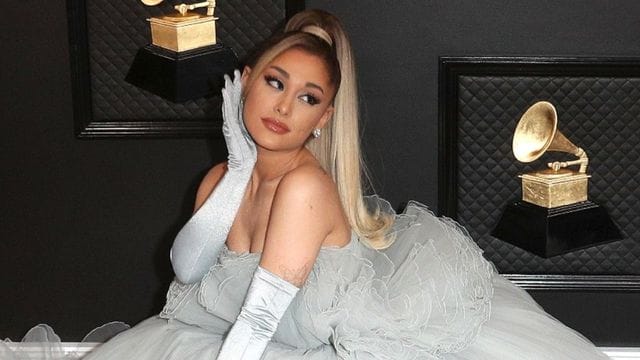 Naturally, we mean it as rumours, but lets first understand Ariana Grandes situation. a rumour of pregnancy. Everyone has heard about the stunning singer with an amazing voice and a ponytail.

We all like Ariana Grande since she is one of the top singers currently performing and has amazing songs. She has a lovely heart. Her music has attracted a lot of attention and is heavily influenced by personal experience.

We are all aware that there have been several recent attempts to assert that Arian Grande is pregnant. Celebrity rumours are rampant, but how many of them are accurate?

Were going to clear it up today. Since Ariana Grande wed her spouse in May 2021, a lot of people have been wondering whether Ariana is genuinely expecting a child.

After some TikTok users posted an altered image of the singer with a baby bulge, rumours about Ariana being pregnant began to circulate. The caption accompanying the photo says, Not Ari finally declaring that she is 5 months pregnant, to help the whole hoax seem more credible.

There are two images going around the internet. In the first, Ariana is seen seated and caressing her digitally enhanced baby belly. She is wearing a white dress. The singer can be seen in the second image gazing down at her stomach while sporting a black shirt.

Some fans flocked to her Instagram to see whether the pictures were genuine since they were so lifelike.

Occasionally, pregnancies-related rumours about our favourite musician are spread. In contrast, Ariana Grande refuted the reports in 2018. People genuinely want me to get pregnant, the pop star said in a 2018 interview with James Corden. They really want it. Theres like a pregnancy thing every other week.

This Has Happened at Other Times as Well.

You may be startled to learn that her modified photos have already been published on social media. Fans have previously utilised these images to join the Krissed fad that was becoming popular on the website.

A hoax called Krissed has individuals spreading false information that seems credible before posting a video of Kris Jenner dancing.

It might be claimed that the term, when called Krissed, is somewhat reminiscent of Bazinga from Sheldon Cooper. 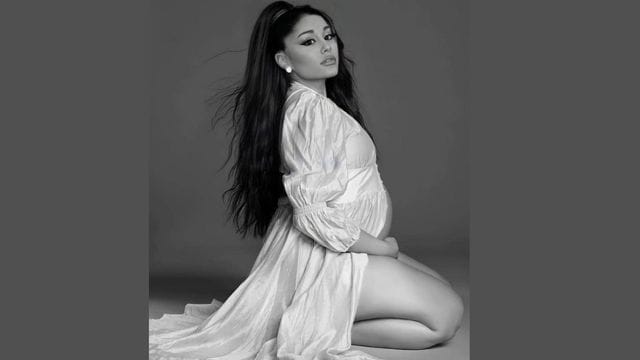 Ariana Grande Wants To Have Children One Day

Ariana started making plans for a future family when she wed Dalton. A source claims that Ariana Grande didnt comment on this.

After her secret wedding in June, a source told a publication that Arianna is not in any haste to become pregnant and have kids with Dalton for at least a few years.

She is anxious to perform more songs, act a little bit more, and be ready for her time on The Voice.

She has particular motherhood dreams that she would want to explore in the future, but she has a lot of professional work to accomplish first and she is a workaholic, the source stated.

Ariana was questioned about her desire for children after she got engaged to Pete Davidson. Three kids later, she said. But since Ariana and Dalton Gomez got married, her intentions could have altered.

Social media users have differing views on the rumours involving Ariana Grande. While some people could see right through the messages, others could not, and other people werent sure whether or not to believe the source. And a few individuals have created jokes about the incident using the words from her song thank you, next as inspiration.

What is the Singer Doing Currently?

Ariana and her husband Dalton Gomez, whom she wed in 2021, seem to be spending a lot of time together. Despite the fabrication of the pregnancy photos, Ariana has been extremely active on social media and has shared several images with her fans.

She just posted a picture dump of her day-to-day activities. Observing them, Ariana seemed to be having a wonderful time.