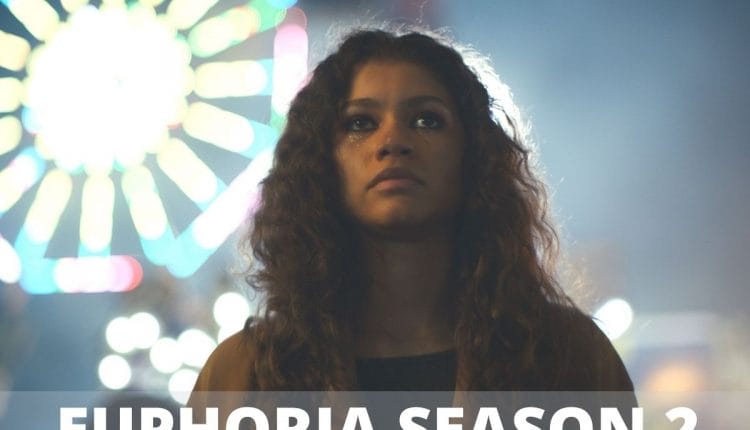 Bring out the glittering makeup and the Zendaya fan art to complete the look: Finally, in 2022, Euphoria Season 2 was released. Just a few days after Zendaya made history by winning the Lead Actress in a Drama Series award at the 72nd Annual Emmy Awards(opens in new tab), HBO announced that the final pieces were finally falling into place for the second season of Euphoria, which had been highly anticipated since its premiere last year.

It was ultimately broadcast on January 9, 2022, when the first episode of the second season premiered; the following episodes were broadcast on Sunday nights at 9 p.m. through the end of February 2022.

Euphoria is a television show produced by Sam Levinson that launched in the summer of 2019 and has won multiple Emmy awards. While Euphoria hasnt totally disappeared, thanks to the publication of a couple of special episodes, it isnt the same as being able to watch the entire series at once.

Heres all we know so far about the second season of Euphoria.

What Happened at the End of Season 1 of Euphoria, and How Did It Conclude?

Rue relapsed (in a strange musical sequence), Jules left for the big city, Kat and Ethan got together at the winter formal, Cassie sought an abortion, and Maddy stole an incriminating CD from Nates room, which could lead to the exposure of Nates father.

The Entire Cast of Euphoria Returned for Season Two, Was This True.

Rue did not die in the season finale, according to showrunner Sam Levinson, who previously confirmed this. He told The Hollywood Reporter(opens in new tab) in 2019, I think Rues got a long and difficult road ahead of her, and its not something I want to cut short because of who Rue is to me as someone who has battled addiction and come out on the other side, and because I think theres a lot more to explore and unpack in terms of the effects of addiction on Rue and her family and those around her. In a lot of respects, the options are limitless.

Jules left town at the end of season 1, and Hunter Schafer spoke with EW(opens in new tab) about her aspirations for her characters season 2 arc, revealing that she will be repeating her role in the series.

I think Id like to see Jules continue to work on herself in the sense that shes still dealing with some serious issues, and Id like to see her continue to analyse that and feel it out, Schafer said. I believe she learns best by doing things for herself. And thus, in order for her to get the experiences she requires without becoming messy, she benefits from the loving parent/sister relationship I believe I have with her. Thats exactly what I want for her, though who knows how things may turn out in the end. Im certain it will be more chaotic than I would have wished for her.

What Happened in the Intervals Between Episodes of Euphoria?

Seasons 1 and 2 of the show featured special COVID episodes to assist bridge the extraordinarily long gap between the two seasons. When Zendaya appeared on Jimmy Kimmel Live! in August(opens in a new tab), she made the first hint that there would be an intermission between episodes. In her words at the time, I dont really know how to express it, but its an episode that we can do with a restricted number of people in a safer setting. Because we, as the individuals who produce it, are also missing Euphoria, says the author.

Rues Christmas celebrations were the focus of the episode, which aired in early December and was named Trouble Dont Last Always. Levinson and Schafer collaborated on the writing of the second episode, which was titled F*ck Anyone Who Isnt a Sea Blob.

A Vulture interview with Schafer revealed that the episodes unusual title came about accidentally after a conversation between the two writers, Levinson and Schafer, wondering which animals they most resembled. This little sea blob or sea angel is a personal favourite of mine, she explained. The creature is a bright, transparent gelatinous entity with wings that is gorgeous, transparent, and glowing. If I could inhabit a vessel like that…maybe in another life, I think to myself.

Schafers identity is strongly associated with the title and the sea blob, according to her statement. To wish for another vessel is also relative to transness in some respects, to those who arent pleased with the mostly binary, unchanging image of what it is to be a person that is handed down to us from the beginning. To put it bluntly: it is saying, Fuck everybody who isnt down with that. But, on a more serious note, everyone is on board with it; everyone wants it. As a result, no one is being fucked. Its more in line with Fuck standards.'

what the fuck was this transition god this episode is all over the place its kinda giving euphoria season 2 editing/transitions #killingeve pic.twitter.com/RHML2sjQGE

Spoilers for Euphoria Season 2 Below

Season 2 of Euphoria, which returned to television eight weeks ago after a nearly three-year sabbatical, got off to an unexpected start with a twist. Instead of pulling back the curtain on what Euphoria Highs messiest kids had been up to in the meantime, the season began with a self-contained history that was developed over the season.

When it came to Season 1, Fezco (Angus Cloud) was a fan favourite, but in the grand scheme of things he was merely a supporting character-the drug dealer who reluctantly supplied Rue (Zendaya) with the pills that would ultimately prove to be her downfall. When Season 2 opened with the narrative of Fezs harrowingly traumatic childhood, which included a gun-toting grandmother and an adoptive brother who was literally named Ashtray (Javon Wanna Walton), it felt like a diversion from the series main plots, if not an unwelcome one. 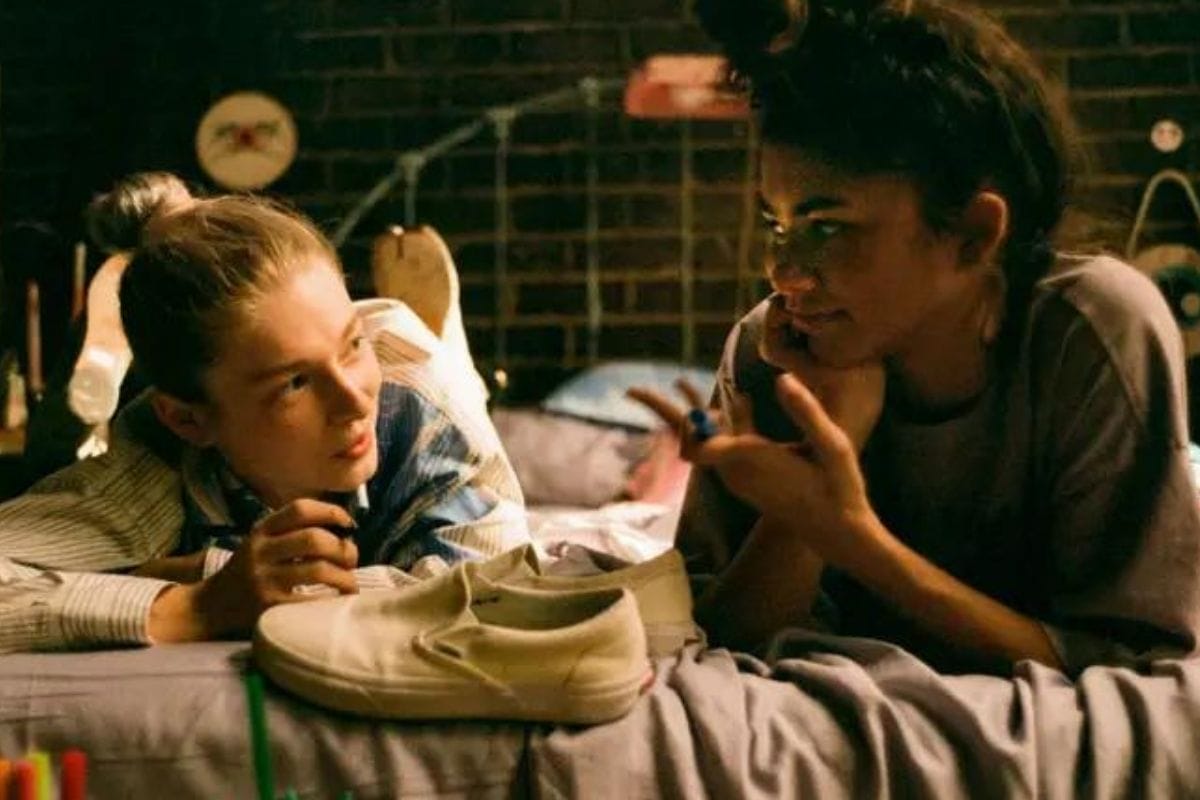 This season, Euphoria entertained a number of additional plots, all of which came to significantly less dramatic conclusions. The programme began as a platform for Zendaya (as it should have; her charisma and dedication as Rue are the primary reasons to watch), but it has organically developed into a survey of the extreme courses that impressionable teens (and particularly young girls) might take in their lives.

There were drugs for Rue, sex for Jules (Hunter Schafer), camming for Kat (Barbie Ferreira), and an abusive gay father for Nate (Jacob Elordi), all of which were present in the show (Eric Dane). These were gorgeously filmed perspectives that seemed new for an adolescent drama, even though they were frequently grim and incredulously portrayed, and they were a pleasure to watch.

Throughout Season 2, though, these routes converged and divided randomly until they arrived at a point that felt at once like a series finale or a reason to give up on the show. Take your poison of choice.

Trailer For The Season 2?

Yes! REMEMBER THIS FEELING is the enigmatic tagline that HBO Max used to promote the second season of the show, which premiered on December 20, 2021. A luggage can be seen being wheeled into a Narcotics Anonymous meeting at the start of the nearly three-minute footage.

Then we hear Rues voiceover about Jules saying, When I first met her, I fell in love right away. Rue and Jules dancing, Rue meeting a new friend, Cassie having a bathroom fashion breakdown, Maddy pondering pregnancy (?! ), Rue fighting with her mother, and what can only be a terrible New Years Eve party are all shown in the trailer. I cant wait to see you!

Will There Be Attack on Titan Season 4 Part 2? See All The Updates!