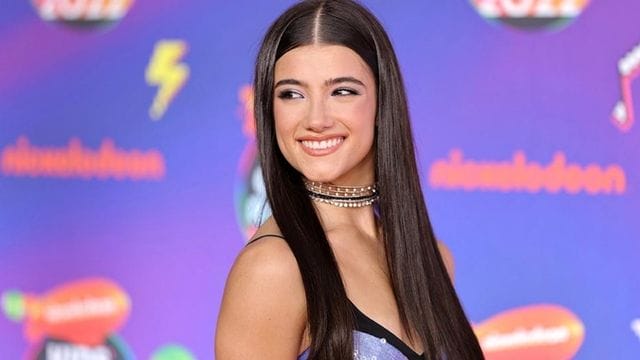 The rumors that Charli D’Amelio was killed in a car accident are untrue. Here’s the backstory of the horrible death hoax that claimed the TikTok star’s life.

The death of TikTok star Charli D’Amelio has been widely reported on social media this week, leading many of her followers to believe she was killed in a vehicle accident.

The 16-year-old, however, isn’t dead, and she was never even in a car accident. Why then do people claim that she died?

A YouTube channel made a death date prediction for Charli of March 12th.

The TikTok star was supposed to pass away on March 12th, according to a spooky YouTube channel called 2021 Vision, which is how the death hoax got its start.

2021 Vision, which forecasts which celebrities will pass away this year and on what specific date, first appeared in February.

The owner of the account is unknown, but the channel has posted over 50 videos with the names and death dates of famous people they predict will pass away in 2021.

Everyone started claiming that Charli D’Amelio had passed away since the YouTube channel predicted that she would pass away on Friday.

Has Charli D’Amelio Passed Away?

On February 22, 2021, a video was posted that predicted Charli would pass away on March 12. But as of Friday night, the TikTok celebrity was still going strong. She even posted an Instagram Stories video urging her followers to support her in the 2021 Kids’ Choice Awards category for Favorite Female Social Star.

The channel on YouTube The 2020 Vision account, which has already distinguished itself from its copycats, appears to be trying to capitalize on its viral success. My only channel is this. According to 2020 Vision’s YouTube bio, 2021 Vision, 2025 Vision, and 2030 Vision are all hoaxes.

In a video from way back in 2017, the 2020 Vision account appeared to have predicted Kobe Bryant’s demise, correctly stating the NBA legend will pass away on January 26, 2020. However, it has been pointed out how the YouTube user behind the account could have made a fake prediction years ago: All they would have needed to do was upload a private video with a celebrity’s name and every year’s possible date, then edit the video to only show the true date and make the video public in the event of that celebrity’s passing.

Was Charli D’Amelio Involved in a Vehicle Accident?

2021 Vision claimed in another video that Charli will perish in a car accident, but it appears that this allegation was also made to garner attention. Once more, YouTube commenters have had enough. One wrote, “She’s still living. “You’re only doing this for clout,” she said.

As shown in her Instagram Stories, Charli did take a car ride yesterday, but it was merely to pick up a cup of her signature beverage from Dunkin’. The Charli Cold Foam, a Dunkin’ Cold Brew with three pumps of caramel, was introduced in September 2020 as a way for Dunkin’ to pay tribute to popular social media users. And in February of this year, the coffee shop chain unveiled a “remix” that included cinnamon sugar and delicious cold foam.

Tiktok Video is Deleted By Charli

Things started to get heated as the death hoax spread across social media.

The death jokes then became so frequent that she was compelled to remove the video.

Good News For Manga Fans! Reaperscans Is Introduced To Read All Manga Stories For Free