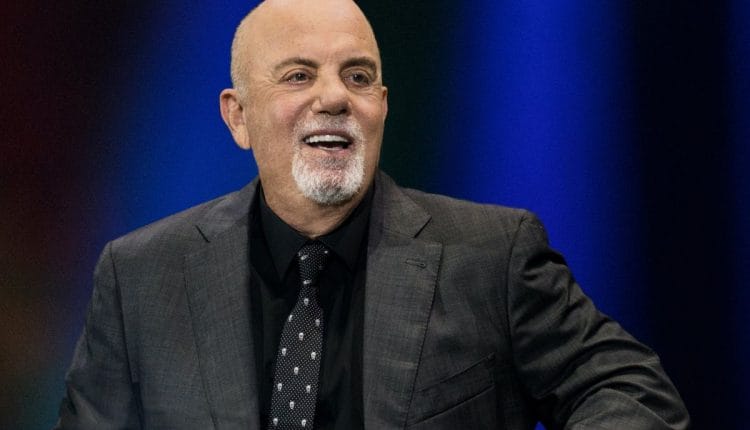 Billy Joel is an American musician and songwriter known as the Piano Man for his song of the same name, which became his first success and catapulted him to fame. Since the 1970s, the singer has had a lot of success, releasing 13 full-length albums and becoming one of the best-selling musicians in history, as well as the third best-selling US solo artist ever. Joel is one of the wealthiest performers alive today, having sold 150 million albums.

Uptown Girl, We Didnt Start The Fire, and Shes Always a Woman are among Joels most well-known songs.

William Martin Joel was born in the Bronx, New York City, on May 9, 1949. His father was a German classical musician and businessman. Before arriving in the United States, his family escaped the Nazis through Switzerland and Cuba. Joels mother was born in the English county of Kent. In the late 1930s, his parents met at a City College of New York Gilbert and Sullivan concert. While he was still a child, his family relocated to Hicksville, Long Island.

He spent his childhood there with his younger sister, Judy. After his parents split in 1957, his father moved to Europe and remarried in Austria. Alexander Joel, Joels fathers half-brother, followed a career in music as well, serving as the main musical director of the Staatstheater Braunschweig from 2001 to 2014.

In 1967, Joel quit the band The Echoes (later renamed the Lost Souls) and joined the Hassles. The Hassles were contracted to United Artists Records and recorded a number of songs and albums, although none of them were very successful. In 1969, Joel and the bands drummer, Jon Small, split off and established the Attila duet. Their self-titled album was published in July 1970, but their collaboration was short-lived due to Joels romance with Smalls wife, Elizabeth.

Joel went solo in 1971 when he secured a contract with Family Productions and released Cold Spring Harbor, his first solo album (1971). Despite the fact that the record was not a success, he was noticed by Columbia Records, who signed him in 1972. He recorded the albums Piano Man (1973), Streetlife Serenade (1974), and Turnstiles (1976) with Columbia, but it wasnt until his fourth solo album The Stranger (1977) that he earned widespread success.

Billy Joels album sales have surpassed 150 million globally, making him one of the most successful musicians in history. He is a member of the Songwriter Hall of Fame and the Rock and Roll Hall of Fame, with 23 Grammy nominations and six Grammy wins. In 1993, Joel stopped actively recording songs. In 2001, he did, however, release the album Fantasies & Delusions. The CD features classical piano works played by his old friend and pianist Richard Hyung-ki Joo, which is a break from his typical style and content.

Joel has subsequently toured on his own and alongside other musicians such as Elton John on a periodic basis. Hes also had a monthly residency at Madison Square Garden since 2014, and on January 25, 2020, he presented his 72nd straight monthly gig there. Joels greatest hits compilation CD, Greatest Hits Vol. 1 & 2 (1985), became one of the best-selling albums in the United States. In 2013, he was awarded the Kennedy Center Honors.

Billy filed a $90 million lawsuit against his former manager Frank Weber in 1989. The complaint alleged that Weber misused $30 million of the singers money and wanted $60 million in damages. Weber eventually declared bankruptcy. Billy sued his accountants and attorneys and obtained an $8 million settlement, according to reports.

With the aid of Fred Schuers, Joel wrote the autobiography The Book of Joel: A Memoir (2011). He also owns the Long Island Boat Company and motorcycle business in Oyster Bay, Long Island, which specializes in bespoke retro-styled bikes.

Billy Joel has a net worth of $225 million and is an American singer and songwriter. He is one of the most successful musicians of all time, with over 150 million albums sold worldwide.

Elizabeth Weber Small was Joels first wife. Because she was still married to Jon Small, one of Joels musical partners, their relationship began as an affair. Joel and Small eventually married in 1973 and divorced in 1982. Billy was virtually destitute when he left the marriage due to a $30 million loss in mishandled assets at the hands of Elizabeths brother Frank, as well as a multi-million dollar divorce settlement.

As he entered his second marriage to American model Christie Brinkley, he was in dire financial straits. He was often on the road to raise money. This resulted in a serious schism and accusations of cheating. They have a daughter together, Alexa Ray Joel, and were married from 1985 until 1994. From 2004 until 2009, he was married to chef Katie Lee. Alexis Roderick is Joels fourth wife. Roderick and he married in 2015, although they had been dating since 2009. Della Rose Joel and Remy Anne Joel, their two children, were born to them.

Joel never obtained his high school certificate since he did not have enough credits to graduate in 1967. Instead, he submitted essays to the Hicksville High School school board to make up the credits he had missed, and he received his high school diploma during the schools graduation ceremony in 1992. In addition, he has received honorary doctorates from Fairfield University, Berklee College of Music, Syracuse University, the Manhattan School of Music, and Stony Brook University, among others.

Joels ability to play the piano at such a young age is due to his early understanding of the instrument. At the age of four, the singer started taking piano lessons and rapidly fell in love with it, learning a lot of classical music (to which he paid respect with his latest album, Fantasies & Delusions, released in 2001).

Joel didnt graduate from high school owing to poor grades and a lack of credits, so instead of studying during the summer to complete, he dropped out to pursue music full-time. Who knows whether Joel would have ever become the great musician he is today if he hadnt flunked out of school.

Billy owns a number of spectacular homes around the United States, including ones in Florida and Long Island, New York. He lives in the town of Sag Harbor on Long Island. He acquired a 14,000-square-foot home on 15 waterfront acres in Oyster Bay for $22.5 million in 2002.

In 2014, he spent slightly under $12 million for two side-by-side homes in Manalapan, Florida, totaling four acres. One of the lots remained undeveloped, while the other had a 9,000-square-foot palace. In 2015, he put the whole property up for sale for $29 million. He was asking $19.5 million for the residence alone (not including the undeveloped land). In January 2020, he finally took $10.3 million. He didnt sell the undeveloped land, which made up around three acres of the four-acre property.

A New York townhouse cost him $5.9 million. Katie Lee, his ex-wife, obtained this property as part of their divorce settlement. She sold it for $12.9 million in 2011.

He previously sold residences to Sting, Jerry Seinfeld, and Mickey Drexler, a retail entrepreneur. Hes been sarcastically referred to as the realtor to the stars.

Billy Joel is a giant in the music business and a titan of traveling, with a cannon of tunes that fills two best hits CDs. Billy Joel has an incredible net worth of more than $225 million and a tonne of real estate because of his jangly pop compositions and passion for performing live.

Only a global epidemic could prevent Joel from ever performing in front of tens of thousands of people, but be assured after its all over, Joel will be back at it for years to come.