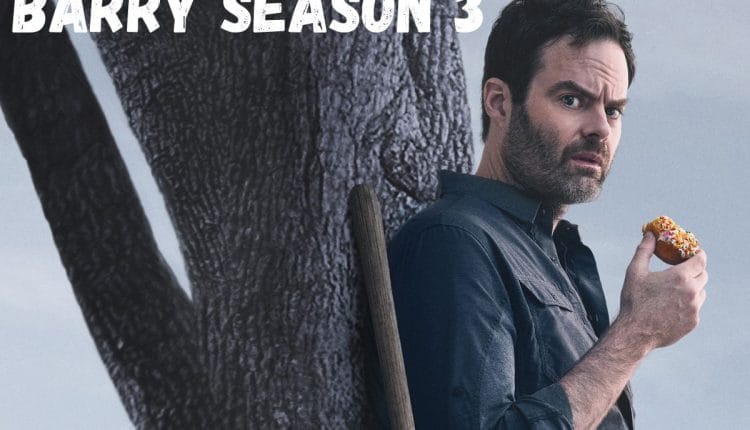 There are a number of fan-favorite television shows returning in 2022 that have been delayed between seasons due to the epidemic, including Bill Haders Barry season 3 (which will premiere in 2022). The final episode of the dark comedy, in which the former Saturday Night Live cast member plays an assassin who becomes a hopeful actor, aired in 2019.

Barry made his acting debut in 2018 and immediately became a critical darling as well as generated a fervent audience. A number of honors have also been bestowed to the program, including six Emmys in its first two seasons, two of which were for Hader for Outstanding Lead Actor in a Comedy Series (the show was also nominated for Outstanding Comedy Series for both of its first two seasons).

Its simple to see why Barry is one of the most eagerly awaited television shows to return in 2022. Given this context, here is everything you need to know about Barry season 3:

Barry Is Played by Bill Hader

While acting in films such as Forgetting Sarah Marshall, Superbad, Tropic Thunder, Adventureland, and Trainwreck, Bill Hader initially gained widespread attention during his eight-year stay on Saturday Night Live (2005-2013). While he had already shown a darker side in the 2014 film The Skeleton Twins, the role of Barry was a completely different ballgame for the actor.

When he plays assassin Barry Berkman, Hader gets to indulge in familiar fish-out-of-water tropes by pretending to be an actor. However, he also brings an emotional weight and surprising darkness to the character as he battles past trauma and wrestles with what may be his own innate sense of violence in the role. Anyone who has watched the show understands why it is no surprise that he has received two Emmy nominations for his efforts.

Haders involvement in the series extends beyond his on-screen appearances and into the production. Additionally, he co-created and co-wrote several episodes of the show with Alec Berg, and he has directed a number of episodes. According to an interview with Collider, Hader will direct five episodes of Barry season 3 in addition to executive producing.

What Actors and Actresses Are Featured in the Barry Season 3 Cast?

Root, Goldberg, Carrigan, and Winkler have all been nominated for Emmys for their roles on Barry, with Winkler taking home the award for Outstanding Supporting Actor in a Comedy Series for his work on the show during its first season.

When Will Barry Season 3 Be Released?

The first episode of Barry season 3 will air on HBO on Sunday, April 24 at 10 p.m. ET, with the second episode following on Monday, April 25. Every Sunday at the same time, new episodes will be released, and they will also be available to stream through HBO Max. 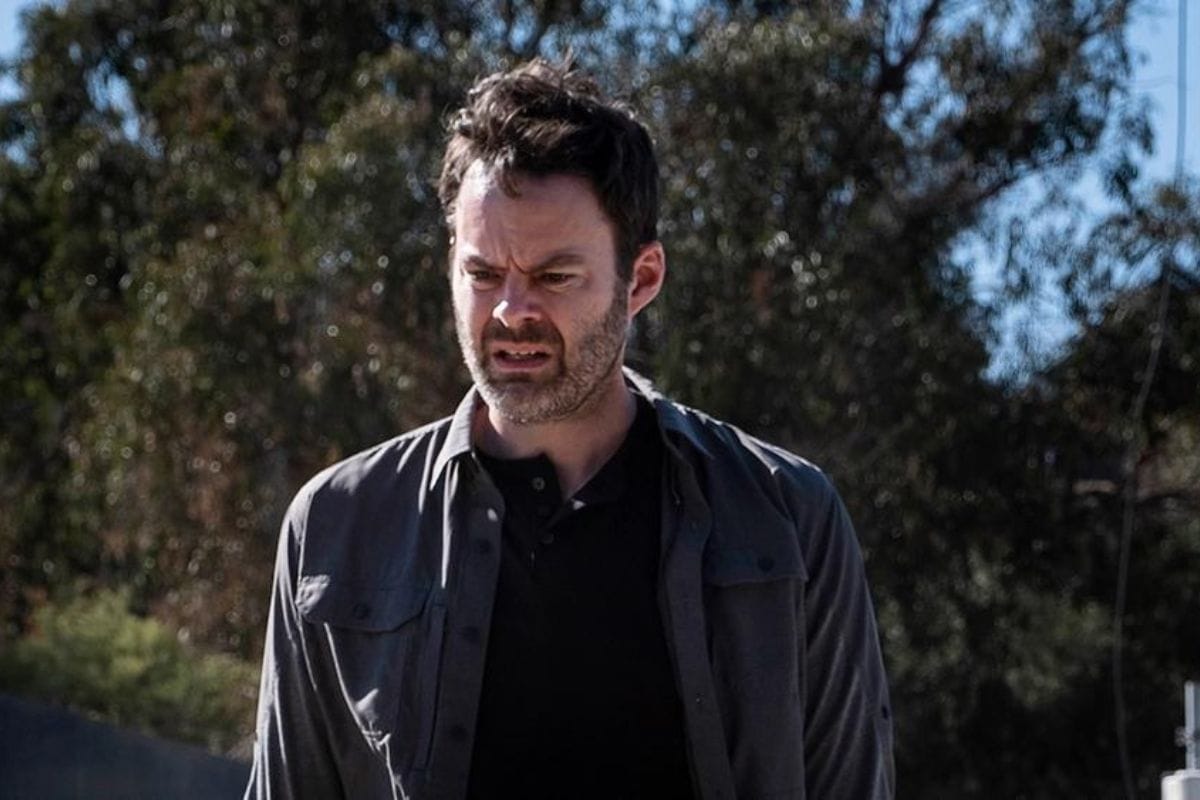 A Look Back at Barry Season 2.

If you havent seen Barrys first two seasons, you should be aware of a spoiler alert.

Season 2 of Barry begins with Barry seeking to continue his improvement as an actor while also wanting to enjoy his new relationship with Sally. That is made more difficult by the presence of outside variables such as Fuches, NoHo Hank, and the fact that he murdered Detective Janice Moss (who also happened to be Genes girlfriend).

NoHo Hank, the ruthless leader of the Chechen mob, seeks Barrys assistance in attempting to eliminate a fresh danger to his connection with the Bolivian mob boss. When Barry refuses, Hank attempts to have him killed but is unsuccessful. After all, is said and done, Barry agrees to assist him by teaching his team, but he states that this is the last thing he will assist him with.

Fuchs, on the other hand, attempts to betray Barry by collaborating with the authorities in order to force him to admit that he murdered Moss. As soon as he does, Detective Loach intends to blackmail Barry into killing his ex-new wifes lover rather than arresting him, in the hope of experiencing the same relief he experienced when he informed Gene about killing a civilian while a Marine.

With a monologue that delves into her former marriage, Sally strives to attract the attention of talent agents once more in acting classes. Sally begins by portraying herself as someone who stands up to her abusive ex-husband, but she finally displays the sad truth of the scenario in which she was more docile.

Her ability to elicit strong emotional responses from the audience catches the attention of a talent agent, who requests that she perform the work for a 400-seat theatre. When the time comes for that performance, however, she withdraws and returns to the scene in which she confronts her ex-husband.

Completely forgot how good Barry is. Season 3 has me in nervous stitches of laughter after 2 episodes. Amazing stuff. pic.twitter.com/pr2WYcR2AT

Gene, on the other hand, finds himself caught in the center of Barry and Fuches romance. Fuches, posing as a private investigator, leads Gene into the woods and reveals to him the body of Moss, which he had discovered and placed in the trunk of a car. When Gene is stunned, he whispers something into his ear before calling 911 and admits to killing Moss in his own voice as Gene.

When Barry learns that Gene is with Fuches, he rushes to the scene, but Gene has already been taken into custody. The police believe that Genes murder is now the result of a gang-related conspiracy, but Barry manages to place a Chechen pin that Hank had given him next to the body, which ultimately exonerates him.

Fuches, on the other hand, was not finished yet. After trying unsuccessfully to unite all of the gangs, he becomes enraged and attacks the Buddhist temple where they are all gathering, killing almost everyone except Hank, who manages to flee with Fuches help. Hank and Fuches survive the attack.

Barry Berkman did this, Fuches said Gene as he gazed at Moss body in the final seconds. Gene awakens in a state of disbelief, and it is revealed that Fuches was right.

What Exactly Is the Plot of Barry Season 3?

After the stunning conclusion of season 2, Barry season 3 will have a lot of pieces to pick up and put back together. The following is the HBO summary for the upcoming season:

Even though Barry had successfully eliminated many of the external influences that influenced his decision to use violence, he soon realizes that they were not the only forces at work. What was it about his own mind that compelled him to become a serial killer in the first place, and why did he do it? Season three shows Barry and the other characters attempting to make the best decision they can.

How to Keep Up With Barry

Season 3 of Barry will be shown on HBO and HBO Max in the United States (and wherever HBO Max is available). Those who need to catch up on Barrys first two seasons before the shows April 24th return can do it with the help of an HBO Max subscription.

Meanwhile, while waiting for word on when Barry season 3 will launch, UK consumers may catch up on earlier seasons of the show on NOWTV and Sky Go, or replay them if they like.

The Trailer for Barry Season 3

It is now possible to watch the full trailer for Barry season 3 by clicking on the link provided below. The teaser obviously focuses on the more emotional and tragic aspects of Barry, but we also get to see a few glimpses of the dark humor that fans have grown to know and love (thanks in large part to NoHo Hank). Take a look at this: