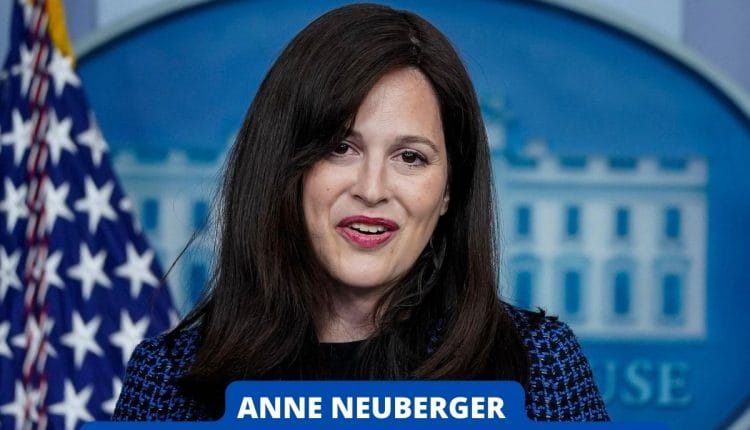 Anne Neuberger Cybersecurity Advisor: Identity of Yehuda Neuberger and Its Relation With Anne?

Previously, she worked as the Director of Cybersecurity at the National Security Agency (NSA), where she was responsible for the agencys cybersecurity mission, which included developing technical areas such as quantum-resistant cryptography.

Ms. Neuberger received a Presidential Rank Award in 2017 for her work in the National Security Agency. In her previous position, Ms. Neuberger served as Senior Vice President of Operations at American Stock Transfer and Trust Company, where she was responsible for the companys information technology and operations.

Neuberger was born and raised in Brooklyn, New York, and graduated with honors from Lander College for Women of Touro College in 1997 with a bachelors degree. She received her MBA and Master of International Affairs (MIA) degrees from Columbia University in 2005, with concentrations in Operations Management, International Affairs, Security Policy, and the Persian Gulf. She was also chosen to be a member of the White House Fellows program. New York City resident Anne Neuberger grew up in the Hasidic hamlet of Boro Park in the borough of Brooklyn.

The majority of Anne Neubergers career has been spent in the private sector where she has held a variety of technology-related positions, including coordinating and automating financial sector activities, as well as overseeing the acquisition and integration of Wachovias custody and trust operations.

She began her career in government as a White House Fellow in 2007, where she worked for the Secretary of Defense before becoming the Navys Deputy Chief Management Officer in 2009.

NSAs first Chief Risk Officer, Neuberger joined the National Security Agency (NSA) in 2009 and has held a number of key positions before taking on her current role, including serving as the leader of a joint NSA/USCC Task Force called the Election Security Group, which played a critical role in the federal governments efforts to secure the 2018 midterm elections, as the Assistant Deputy Director of Operations, and as Director of NSAs Commercial Solutions Center, which is responsible for NSAs partnership with commercial enterprises

General Nakasone established the National Security Agencys Cybersecurity Directorate in 2019 and appointed Neuberger as the agencys first Director of Cybersecurity. Russia, China, Iran, and North Korea are among the countries targeted by the directorate, which focuses on preventing and destroying cyber threats. 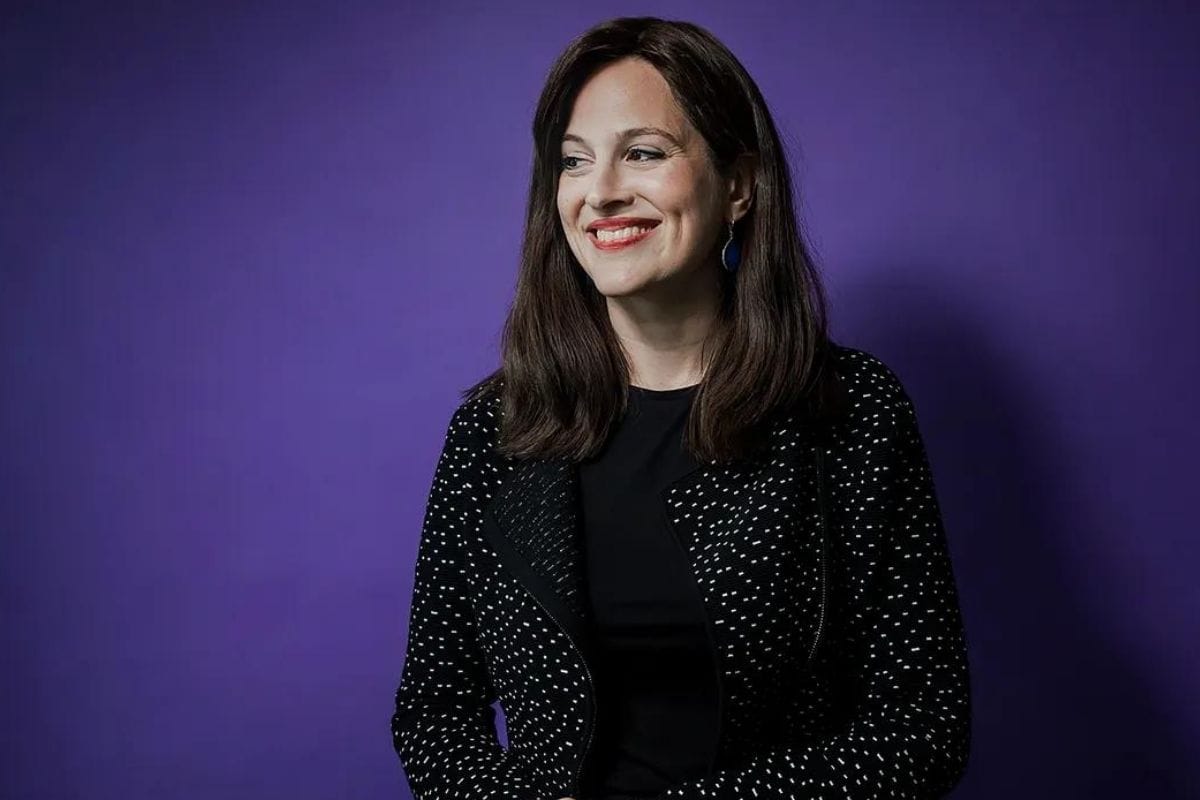 Neubergers grandparents were Holocaust survivors, and her parents were among the passengers on a hijacked Air France flight in 1976 that was rescued by Israeli commandos during Operation Thunderbolt from Ugandas Entebbe Airport.

Neubergers grandparents were Holocaust survivors, and her parents were among the passengers on the hijacked Air France flight in 1976 that was rescued by Israeli commandos during Operation Thunderbolt.

Neuberger is also the creator of Sister to Sister, a non-profit organization that provides services to unmarried Jewish mothers all throughout the United States of America. She is a member of the boards of directors for Bridging Voice and JDC.

The National Security Agency, headquartered in Fort Meade, Maryland, is the governments primary source for cryptology, which includes both signals intelligence (SIGINT) and information assurance (now referred to as cybersecurity) products and services, as well as computer network operations (CNO), in order to gain a decisive advantage for the United States and our allies in any situation.
…Less Time to Read

Here is the LinkedIn Link Of Ms. Newberger:

Given the history of Russias use of cyber, Anne Neuberger, Dep. National Security Advisor for Cyber and Emerging Technology, details how people and companies can maximize their resilience against potential malicious activity online. pic.twitter.com/40ypuc4vsO

She is married to Yehuda Neuberger and they are very happy together.

In her case, her parents set up the date, and theyve been married for almost a decade now.

You can find Yehuda Neuberger as the President of Brownstone Recovery Group. Neuberger is a very active private equity investor. They have invested in a number of companies in a number of different industries, including financial services, back-office processing, and business software.

Neuberger is on the Board of Directors for many businesses and non-profit organizations, including Maiden Holdings, a publicly-traded company that Neuberger serves on. During the years from 2001 to 2008, Neuberger was Executive Vice President of American Stock Transfer and Trust Company.

Neuberger still serves on the boards of the company and its parent company, Armor Holdco. That was Neubergers job before that. He worked for the law firm Weil, Gotshal & Manges LLP. The law school Neuberger went to are Harvard and Johns Hopkins.

The Biden administration has the ability to argue that things are improving in the country. A considerable portion of the ransom paid to hackers who brought down Colonial Pipeline, the nations largest gasoline pipeline, was successfully recouped, and the frequency of such attacks has decreased significantly since the first half of 2021, according to the company.

As National Security Advisor Jake Sullivan points out, weve accomplished more to modernize national cybersecurity in the public and private sectors in the last 12 months than we have in the previous decade. Neuberger, Sullivan argues, is responsible for much of the improvement.

Neuberger quickly rose to the position of project manager for one of Alexanders favorite initiatives, a program to encourage collaboration with private businesses to aid in the protection of domestic infrastructure. She joined the National Security Agency (NSA) in May 2013 as the director of the Commercial Solutions Center, which collaborated with private organizations to collect intelligence and develop cybersecurity capabilities.

In less than a month, Edward Snowden, an ex-NSA contractor, disclosed papers that implicated a small number of major technology and telecom corporations in a massive domestic monitoring operation. This became the focal point of the largest controversy in the agencys history.

White House cybersecurity official Anne Neuberger said the U.S. government has seen preparatory Russian hacking activity aimed at numerous U.S. companies, but it has no certainty such an attack will occur https://t.co/2e9JtF7Ayb pic.twitter.com/JjvWgSgmFe

The Snowden leak forced the National Security Agency (NSA) to deal with angry and embarrassed firms that it relied on for intelligence operations, and Neuberger was instrumental in the agencys efforts to clean things up once the revelations were made public. Its chief risk officer, undertook a cross-country apology tour, meeting with representatives from private enterprises, higher education, and the media in order to express its regrets.

In his final year at the NSA, Neuberger oversaw the establishment of the Cybersecurity Collaboration Center in 2020, where employees from private organizations will collaborate with NSA staff on the detection and mitigation of cyber threats. The existence of the center, as well as the National Security Agencys public marketing of it, would have been unimaginable in the early aftermath of the Snowden revelations.

Neuberger is credited by current National Security Agency Director Paul Nakasone with redefining the agencys relationship with the commercial sector, which enabled the project to be realized. Shes a catalyst for change, he says. Shes the type of person who can take a concept and operationalize it while also challenging some of the assumptions upon which it is based.

According to Michael Rogers, former National Security Agency director from 2014 to 2018, the highly politicized environment of the White House could prove to be a stumbling barrier for Neuberger. As he puts it, I would argue that she is now in a completely another universe over there. And it will be interesting to see how that plays out in a completely different context for her. Why? Because I dont think shell be at that job for four years, I reason.

After being appointed, Neuberger prepared a broad executive order mandating federal contractors to comply with specific cybersecurity criteria, which was quickly implemented. She also acted as the administrations public face, briefing reporters at the White House after the attack on the Colonial Pipeline sparked a panic in purchasing of gasoline across the East Coast as a result of the attack on the pipeline.

Joe Lonsdale | An Entrepreneur | Investor | And Philanthropist From US

It is also having an impact on other senior government officials, who are trying to encourage everyone to pull in the same direction. Senator Mark Warner (D-Va.), head of the Senate Select Committee on Intelligence, was originally enthusiastic about the Biden administrations selection of Neuberger when the appointment was announced in February.

He claims that he spoke with Neuberger shortly after the SolarWinds cyberattack, but that he hasnt had many touches with her after that conversation. Warner says he wants to grasp how the many components of the administrations cybersecurity policy connect with one another, but he has been frustrated in his attempts to do so: There is still some confusion in my mind.